Home
/
General
Gadgets & Tech
Mobile payments are up, but the pace of growth continues to slow 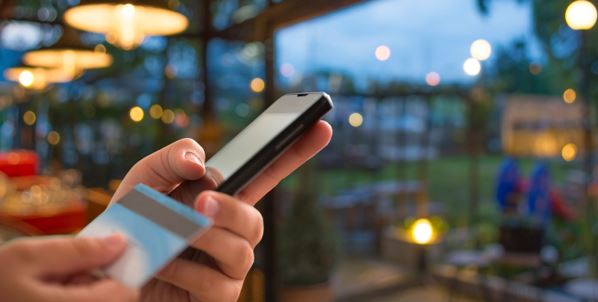 While the total number of payments made by customers through mobile apps continues to rise, it’s at a rate that’s considerably lower than in past years. US consumers are continuing to spend billions through mobile wallet apps, but the amount of growth is beginning to level off as such apps reach a virtual form of market saturation. Some pundits are now saying that the market is approaching maximum levels, though few are suggesting that there will be any sort of contraction in coming years.

In fact, a few have indicated that this is very good news for the market overall because it suggests that fears of tampering with transactions have almost totally gone by the wayside.

Mobile payments made in regular businesses

At least some portion of transactions made through mobile devices continue to come from dedicated apps distributed by retailers. However, a larger percentage than ever before are made at regular retailers through standard cash registers equipped with the technology needed to handle them. Developers have ensured that POS software for bar and grill-based businesses as well as those used in the hospitality industry are capable of parsing these payments.

Since these kinds of sales are relatively routine, they’ve helped to encourage consumers to continue feeding money through apps that they’d otherwise draw from a credit or debit account. Nevertheless, it seems that many feel the market is actually smaller than what technologists predicted when important apps like Apple Pay launched several years ago.

Experts are continuing to debate on the reasons for this.

Electronic Transactions Association member businesses like Alphabet and Apple keep very specific numbers on the amount of money that changes hands through their apps on an annual basis. Apparently, consumers are expected to spend around $88 billion by the end of the year.

Numbers like this sound like a lot of money, but it actually represents only a 37 percent growth rate compared to a 42 percent rate just a year ago. Back in 2017, the market was showing unbelievable growth figures that exceeded 50 percent. As any top Wall Street trader can tell you, this kind of growth can never be sustained for very long.

Society continues to become increasingly dependent on mobile devices. Users turn to them for much more than handling communication. However, these recent figures are leading some to believe that there are some situations where they’re actually not as convenient as other payment methods.

Only around a quarter of smartphone owners use a mobile wallet app, which means the vast majority of people who own even the most sophisticated phones still aren’t making mobile payments. This is in spite of the fact that devices as old as the iPhone 6 are capable of doing just that.

Back when they first launched these apps, Apple’s and Samsung’s engineers believed that they were going to completely replace plastic credit cards. Nearly any payment terminal that can handle microchip-based debit cards can also handle apps, so there is still some hope that this might come true

One main issue that holds consumers back is that countless retailers have neglected to switch on this functionality. While it comes bundled into equipment, it often isn’t activated. Other retailers only allow payments through their company’s own app. Starbucks, for instance, markets a mobile app that gives shoppers the freedom to load money into it and then spend it at physical chain stores in much the same way that gift cards work. Alphabet announced back in 2014 that they were going to put a stop to third-party API development, which should have made it easier for consumers to avoid getting locked into a single chain like this.

Cash is accepted nearly everywhere, and most people can expect that their credit cards will work at nearly any store. As a result, countless consumers turn to these instead of fast mobile payment apps. In spite of attempts to merge the two technologies through innovations like smart wallets, it seems like consumers won’t completely eliminate cash until they receive a guarantee that they can spend their hard earned money through the same app at every retailer.