It has been a bit of time since we last heard any news from Jide (the makers of Remix Ultra Tablet and the Remix Mini). They have been working very hard on a few different projects and building their portfolio up. So, what have they been working on so hard for the past few months since we bumped into them at MWC?

Firstly, and this is the one I am most keen on, is the new improved tablet platform – Remix Pro. This builds on what was previously done with the original Remix Ultra. It still keeps the 2-in-1 design which we loved, but it mixes up the way that is achieved. Here are the specs that we have been given so far..

So, as we can we see there have been a couple major improvements. The processor has been switched over from Nvidia to a Snapdragon in the form of the 652 chipset. This is the exact one I am using on my Xperia X, and I know that it performs well (some benchmarks suggest as well as the SD 810 from last year). Those are the key standouts on the hardware side. However, Jide has also been very hard at work on getting Marshmallow onto the device, which they have now done in the form of Remix OS 3. This means we will see all the features we have learnt to love from Marshmallow tablets, including the amazing Doze Mode and MultiWindow support courtesy of the Jide customizations. I really liked using the original Remix Ultra when I had it in for review by and I still use the Remix Mini that I bought from Kickstarter back at the end of last month. It has become my media server in my bedroom.

I do however have one major concern for this device and the other ones that Jide released today (see below). That threat comes in the form of Chromebooks. Very, very soon these cheap laptops will have access to Android Apps from the Google Play Store. This does beg the question of do we need Remix OS on 2 in 1s, laptops and all in one PC’s? Only time will tell, but I look forward to putting this through it paces while we find out.

The Remix Pro will be released in China first with the international release later in the summer. We will keep you informed of it as soon as we know more 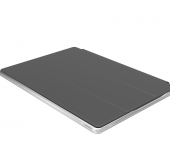 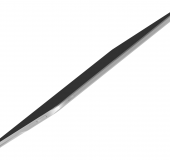 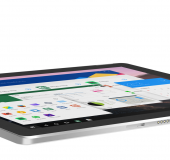 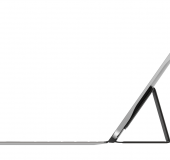 Multiple strategic partnerships and products announced at their 2016 Preview Event

June 16, 2016 (Beijing, China) – Jide Technology, the creators of Remix OS, today announces multiple new devices and partnerships that continue to push forward the future of Android PCs. These partnerships also highlight Jide’s growth as the company is able to preinstall Remix OS on an increasing number of devices and form factors, giving users more options to run Android on desktop environments. The key announcements are detailed below:

Following the success of the company’s own Remix Mini hardware, Jide has unveiled their second generation productivity tablet – the Remix Pro. This will also be the first device that supports Remix OS 3, an upgrade that represents a migration to Android Marshmallow and additional stability and bug fixes. The Remix Pro will first be available in the Chinese market. International availability will be confirmed at a later date.

Chih-Wei Huang explains his move to Jide, “Linux was created as a desktop OS, but it’s actually the only space that the operating system hasn’t truly dominated. I joined Jide because I think Remix OS is best route to establish Linux as a key player in the desktop OS space.” The first project the seasoned software engineer will be working on is a limited release Acer concept laptop running Remix OS on an Intel x86 chip.

Through a close collaboration with Acer, Jide has unveiled an Intel-based laptop running Remix OS out of the box. The concept laptop will be released on a limited basis firstly in the Chinese market. Jide has worked on developing Remix OS for this hardware that will run an optimized version of Remix OS for PC. It represents an evolutionary shift in computing- an Android-based Intel laptop. The development work done on the ES1-131 will also significantly improve the user experience on the free download of Remix OS for PC.

In addition to the Remix Pro, Jide also showcased their second generation Remix OS PC box. This device is still under development and will be offered as an affordable solution for OEM brands interested in Remix OS 3 running on a lightweight and accessible device.

In addition to the 24” AOC All-in-One (AIO) PC running Remix OS that Jide announced at CES Asia 2016, the product line will now also include 22” and 32” inch options. All three models will share the following key specifications:

“2016 has been an incredibly exciting year for Jide Technology, highlighted by the launch of Remix OS for PC and the several quality partners that we have been fortunate to announce,” said Jide Technology CEO and co-founder Jeremy Chau. “When we first started out more than 2 years ago, no one quite got what we were trying to achieve. Now, companies and brands that we have always admired are reaching out to us. It’s a win-win situation as we continue to push the capabilities of Android PCs.”