After far too much alcohol, I’m experiencing a painful ride across Shenzhen in the warm morning heat. The three hours of sleep and my 30-second “panic repacking” of my suitcase hasn’t gone well. I felt a lot like this guy.. After mixing my drinks and visiting a number of bars across the city, I did learn some bits of useful information from my Chinese hosts. Did you know that it’s impossible to port your mobile number here in China? It’s part of the reason why the dual SIM phones are so popular. You buy your contract, then that’s it. Your number sticks. You can’t take it to another contract or provider.

I meet Joonsuh Jim, who is the head of design for all handset and non-handsets. He used to just do the mobile phones only and he details their various designs. There’s a category for each design type. One for premium devices, another for fashion based phones etc. They want to create their own style and identity with their designs. There’s a design language that is carried across their products and you’ll no doubt see that in their releases over the next few months. He details also how, although they use the same materials as many other manufacturers, they seek to make the finish better and more premium than competitors. They want their products to be as precision-built as a watch, with that same level of detail and quality. We take a look at the P8 max along with that ma-hoo-sive 6.8″ screen… The all-metal P8 is also shown as an example. It’s part of their “boldness” design language and the P series of handsets are balanced evenly between design and technology, with a premium experience and build. There’s an incredible amount of thought and time spent on small things too – like the power key design and how the camera lens looks on the back of the phone etc. Small they might seem, but these bits all add up in the overall package. They even think about how the phone sits in the box – sliding it out sideways instead of displaying it flat, etc. Nice touch. All the design teams for all Huawei products work together to maintain that familiar design language. The collaborative working means that designers can also communicate better and influence each other.

I asked whether it was becoming harder to be “different”. After all, phones all have a broadly familiar make-up now – a big screen, perhaps a power button and some audio controls, and a couple of cameras. He explained that it was easy to produce a wacky new design, but that was also “dangerous” as the brand and usability was more important. He compared the smartphones of today to cars – they all have four wheels and a steering wheel at the end of the day… It’s the design and the finish which sets them apart.

The new “Honor” brand – aimed at the young and “active” customer, is currently being promoted quite heavily. Although you won’t be seeing Huawei distancing themselves from Honor, they’re keen to push that brand of mid-range handsets to a different type of customer, with the Huawei “P” series being sold as a premium smartphone with security features.

The Ascend branding seems to have been dropped. They tell me that this is to make things more simple, as people didn’t want to rattle off a hugely long name for their phone. Other manufacturers should take note: because this is something I definitely agree with. Having those two brands (Huawei and Honor) is a similar set up to BMW and Mini. Both are distinct and unique brands chasing different types of customer, but they’re both part of the BMW Group and both can call on the strengths and logistics of that parent.

I ask about those logistics, because it’s something all of us may have experienced, especially if we’ve pre-ordered a phone or put our name onto a list. They have a dedicated “Integrated Delivery Management” team for planning this, and for ensuring that demand and supply is monitored closely so that a smartphone is available to sell when someone wants to buy it. They track customer demand and develop a plan based on future requirements. It’s essential when they’re building so many handsets in-house, and I ask why this is. I’m told that by building the phones themselves and not outsourcing too much, they can design the handsets and maintain quality easier. Understanding how the phones are actually put together, rather than having some factory outside doing it, means that they can design better too.

Inside each smartphone there’s roughly a thousand parts, and a minimum of two sources per part must be found. That’s a lot of bits which all need to come together to produce the thing in your pocket. So, to ensure they keep arriving on the production line, they develop long-term relationships; sometimes including exclusivity agreements, with partners. Although they do have a lot of Chinese companies supplying parts, they also deal with companies further afield and are prepared to talk to the right supplier, no matter where they’re based.

Next, I get to see just how well the company is performing whilst chatting to Glory Cheung. She’s the CMO of the Consumer Business Group here and suffice to say that things are looking pretty decent indeed. Huawei has 170,000 employees across the globe, with 40,000 employees here in China. They’re a private company owned by their employees and are making sizable gains. They’ve seen a rise in market share and revenue, with the handset business doing particularly well. The Mate 7 exceeded all of their expectations and in Spain and Italy they’re grabbing heaps of market share. The company is concentrating on pushing their brand further and making sure it’s more well known.

They’re going to ensure that every product drips quality, rather than producing endless amounts of handsets. They’ve actually reduced the range of handsets in order to concentrate on quality. This process is still going on some four years after the decision was made, with older smartphones and feature-phones gradually getting phased out.

Pronunciation comes up at this point, surprisingly, and we discuss the difficulties saying the Huawei name. After a couple of days I’ve learned to pronounce it “H-waa way”, which seems to be the official way of saying it. Will they be changing their name to make it easier to say? Will they make their premium phones under a different brand, like the mid-range Honor handsets? It doesn’t look to be happening soon, but they’re not ruling it out. Before long I have to head back. Across the Chinese border, back into Hong Kong and onboard my flight home. It’s been an interesting and enlightening experience. Whilst I’ve not seen anything like the horror stories of the hard-worked iPhone production line workers, I think that they do exist somewhere in China still. Not here though, not from what I’ve seen. The company is brimming with bright and eager staff, and the company as a whole is keen to be the best at what they do.

Shenzhen is a new and clean city which perhaps doesn’t represent other areas of China; however there’s a definite buzz about the place with people eager to work for Huawei and then working hard once they get there.

Huawei as a company is trying a similar trick to HTC by reducing their range and concentrating on quality, but here it’s not just one high-end device they’re focusing on. It’s several, and they’re all more than capable of going toe-to-toe with the current market leaders. Keep a close eye on this company. A very close eye.

Missed a bit of the story? Read the intro and part one… 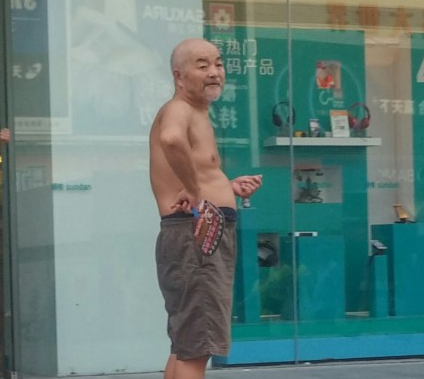 China – The land where your smartphone was born. [FEATURE] – Coolsmartphone

This week you’ll see special series of posts documenting my trip to China and my inside look into Huawei. China has the world’s biggest economy, and 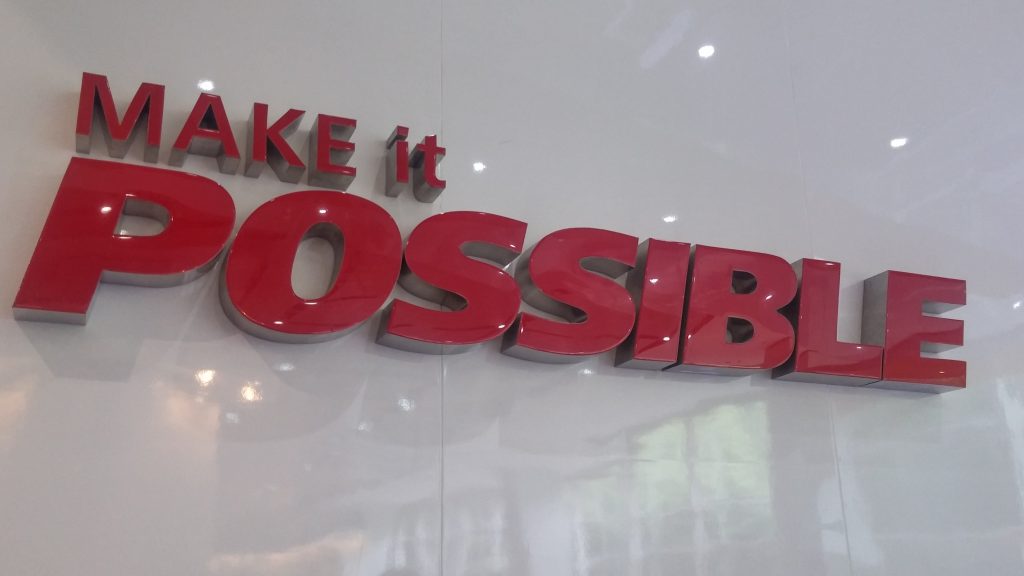 Inside Huawei – Part One. [FEATURE] – Coolsmartphone

I enter into the Huawei Cloud Park. It’s a modern office complex with relaxed-looking staff holding coffee as they scan through security terminals. I walk