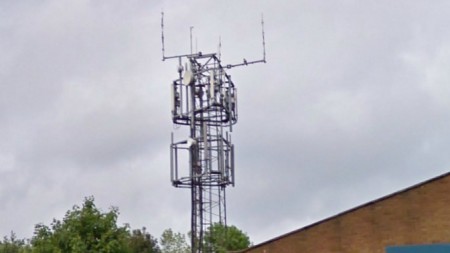 Morning! So, remember the “Full Monty” story ? We added an item showing feedback from the T-Mobile Support guys which showed a cap of 1Mb/s. Shortly after we received a correction from T-Mobile to say that this wasn’t quite right, but we continued to get people telling us that 1Mb/s was the fastest they were getting. We then received a video of “someone” (and it’s painfully obvious who) calling T-Mobile to ask about the speeds. They were told again that yes, there was a “cap” of sorts.

We did some very quick and dirty testing on Orange and Three and, although it showed a marked speed difference, those speeds changed dramatically during peak hours.

What seems to be clear now is the huge range of factors at play. Transmitters have different capabilities, output settings and usually have 2 Megabit leased lines connecting them up. To get more speed you usually have to add more of these to the transmitter or switch to fibre optic / ethernet backhaul. Although FTTC (Fibre To The Cabinet – aka BT Infinity) is becoming available most transmitters are still using 2 Megabit E1 leased lines, and if your local mast is in the middle of a field this probably won’t change for some time. Distance and local conditions can have an impact (hills, buildings etc), plus there’s only a finite number of calls or data connections that each mast can handle at once. Transmitters can also use microwave backhaul, but the ”backhaul bottleneck” is something operators want to avoid. Data plans are cheap and people are using mobile data more whilst usage of those expensive backhaul pipes increases.

Add to this the fact that speeds can be set at SIM card, so if you call Customer Services you could have this profile increased.

So.. now we come to some interesting news. Last weekend we were told that there was no cap, but ”Full Monty” customers have been struggling to get over 1Mb/s all well. Last bight, however, over at Digital Spy, a number of people are now reporting that their speeds are no longer wedged at 1Mb/s. Interesting…..has T-Mobile adjusted SIM profile en-masse?

My cap is removed for download, I just got 3MB/s download and 500k upload. That still dont beat three but is what I am personally happy with.

T mobile have removed the cap on the full monty. It really is truly unlimited now .. I can confirm I am getting max speed available . No cap whatsoever . Currently getting nearly 6 mpbs

Let us know if you’re on the Full Monty plan and are now getting improved speeds. Sounds like good news. 😉