Most people would agree that 2020 has been one of the worst years Canada has faced since the start of the 21st-century. Covid-19 has changed the way that Canadians live. We are all wondering when this is going to end and when will life get back to “normal”.

Most medical professionals will agree that it is difficult for Canada to go back to the way things were before Covid-19 if there is not a widely distributed vaccine. In addition to a vaccine, it must be possible to trace transmission of the disease and take the necessary steps to enforce quarantine. 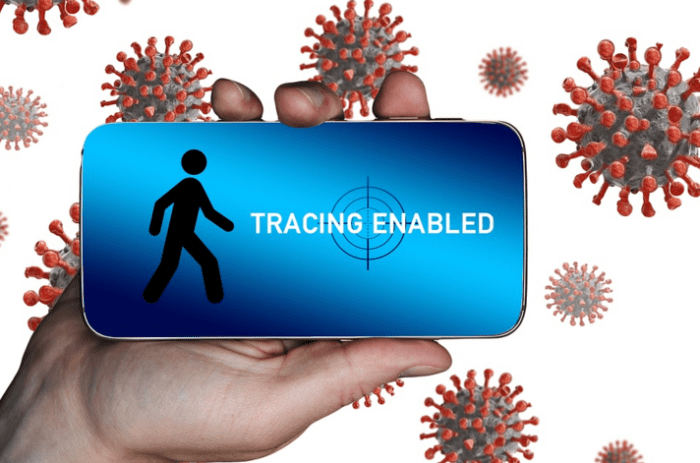 There are a number of benefits that come to you as an individual from knowing that you have been around someone who is diagnosed with Covid-19, but there are also a number of privacy and cyber security issues that most Canadians don’t think about.

As contact tracing apps become more popular, it’s likely that we will hear more about the cultural and social consequences of this type of tracking. By then it will have been too late for many people. They will have already surrendered more of their private data to big businesses and government than they may feel comfortable with.

Ludovic Rembert from Privacy Canada advises Canadian citizens to use a reputable, no-logging VPN application in order to protect the data stored within your device, your identity, and yourself overall. With more and more hacking attempts recorded worldwide, every little security addition on your device matters. But when it comes to contact tracing apps it’s not that simple. Trading your privacy for security puts you at risk since at this point there are no clear limitations to what personal data contact tracing companies and governments need to keep you safe.

What exactly does contact tracing mean for life in Canada?

Traditional contact tracing is a labor-intensive process that involves interviewing patients who have been diagnosed with Covid-19 and determining who they have come into contact with. This is an error-prone process because it relies on people remembering where they have been and requires them to be honest about who they have been around, even if this honesty leads to embarrassing situations.

Enter cell phone apps for Covid-19 contact tracing. At the outset, this seems like the ideal solution. Everyone carries a cell phone with them all of the time. If a person has been diagnosed with Covid-19, the easiest thing would be for their cell phone to transmit information that other cell phones could receive, thereby alerting people when they have come into contact with someone who has Covid-19.

However, this seemingly great idea has the potential to create a civil liberty crisis in Canada. It would require the Canadian government to allow infringement on the civil liberty rights of Canadian citizens via a government wide digital surveillance program. Many would argue that because of the enormity of the pandemic, drastic measures need to be taken.

But citizens and government agencies need to think long and hard before they make fear-based concessions where civil liberties are concerned. In Canada, both governments and private entities have a dubious history when it comes to using a supposed crisis as a way to rob the public of hard earned civil liberties.

We only need to look to our neighbors in the south to understand how slippery the slope is when it comes to changing safety for civil liberties. After the 9/11 attacks happened in the United States, the citizens were alarmed, they were afraid, and they were distrustful. The United States government responded by enacting the Patriot Act. It was not until a whistleblower revealed the extent to which the CIA and NSA were monitoring people that Americans woke up to what they had surrendered for supposed safety.

Here in Canada, the Omnibus bill C–36 was passed, and we quickly learned what government overreach could mean for our privacy. Thankfully, more than a decade later, bill C–59 was introduced to amend the Antiterrorism Act. Now, with the clear risk that Covid-19 tracing apps pose to our privacy, we have to ask ourselves, will we learn from history? Or will we allow fear to cause us to once again give up our hard earned privacy and freedom to faceless and nameless entities?

It’s true that contact tracing could be the key to reopening our economy and getting our residents from Winnipeg to Québec working again. It could also be used to create a surveillance infrastructure on a scale that Canada has never seen.

Other countries are using it. Shouldn’t Canada?

A number of countries across the globe are using nationally mandated mobile apps for contact tracing. Some of these are countries that we associate with democracy and freedom, like Germany and South Korea. Others have a reputation for totalitarian rule and limits on privacy, like China. Canada has to decide for itself which path it will follow. 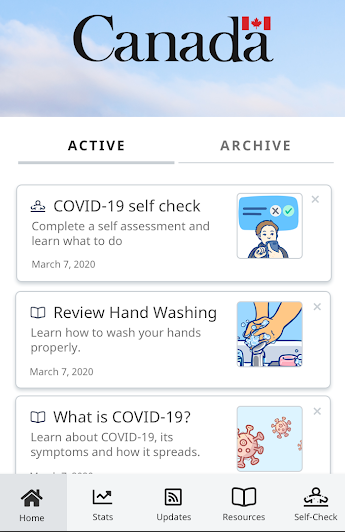 The argument could be made that China appears to be successful in squashing the spread of Covid-19. However, they did so by using extraordinary methods, including prohibiting travel between certain areas based on a tracking app embedded in mobile phones or online payment systems. It’s doubtful that most Canadians are willing to go this far.

Canada is working on a Covid-19 app with a healthcare software company, yet it is unclear how effective the system will be. Apple and Google are also partnering up and creating a contact tracing app. This app would allow for a low level operating system process to be working 24 hours a day seven days a week. The privacy and security implications of this are mind-boggling.

It’s easy to get swept up by the optimism and wonder of what this technology could do. It’s easy for a person to allow the desire for things to get back to normal quickly to blind them to the lack of transparency that many of these apps produced by small firms or tech giants represent.

Apple, Google, Microsoft, and other tech giants have done absolutely nothing to earn the trust of the public when it comes to privacy issues. If anything, they have shown that for them, profit is more important than your privacy. Now is the time for legislators in Canada to make informed decisions on how these tracing apps will be implemented.

The Canadian public should be especially worried if these apps are being given for free. Just think about the massive amount of resources companies like Microsoft, Google, and Apple are spending in producing these apps. They are only doing it because they are going to get some financial gain. As the old saying goes, if you are not paying for the app, then you are the product that is being sold. Now is the time for Canadians to take steps to protect their personal data.