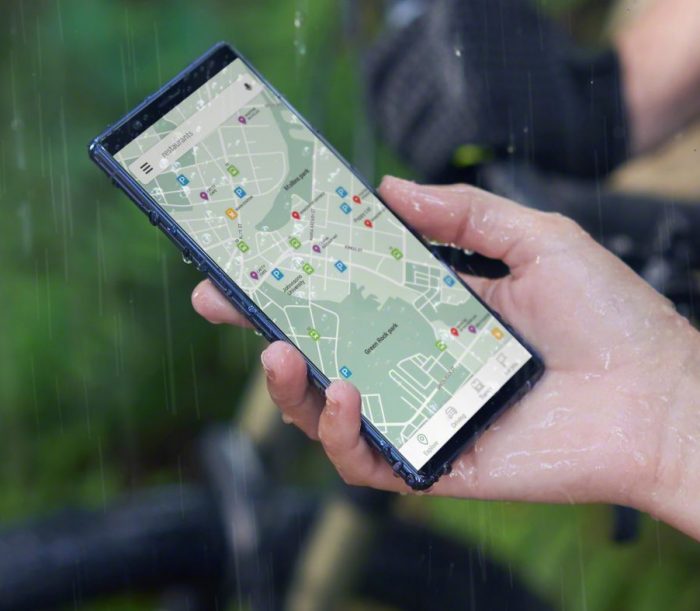 During the Sony launch here in Berlin we saw, amongst other things, the new Sony Xperia 5. It’s sleek, it’ compact and it’s got a triple lens camera with 16mm, 26mm and 52mm lenses. These are all 12 megapixel units and you’ll get OIS, video stabilization and Exmor RS on the first shooter. You’re able to do continuous burst shooting at up to 10 fps with AF/AE tracking (Auto Focus and Auto Exposure). That means you’ll capture moving subjects with precision focus. 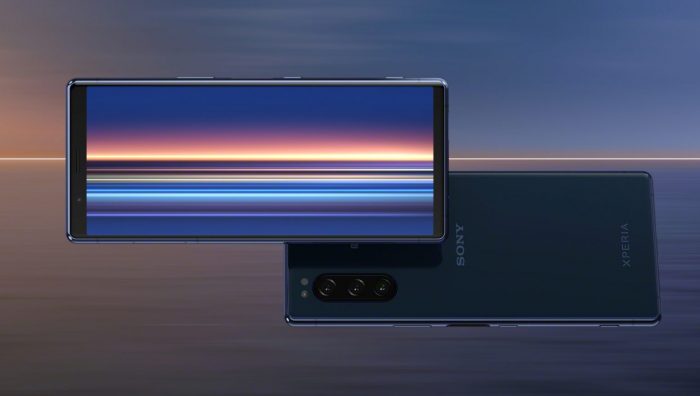 This triple lens setup will also let you grab low-light images with the F1.6 lens, large 1.4μm pixel pitch and dual photo diode image sensor. Up front you’ll find an 8 megapixel camera with an F2.0 lens and Sony SteadyShot plus HDR and selfie effects. Sony have also added a “Photography advice” system to help prevent fingers on the lens or closed eyes on shots. 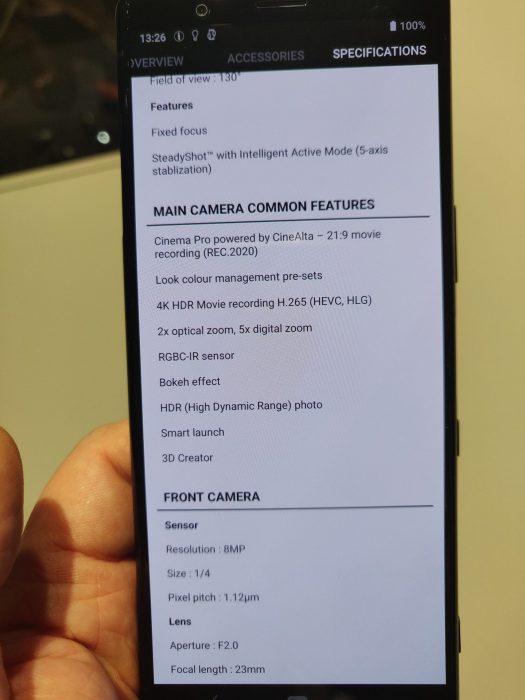 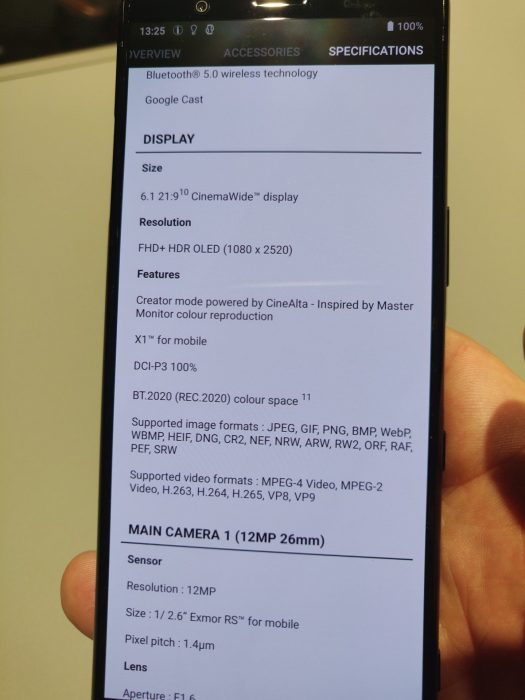 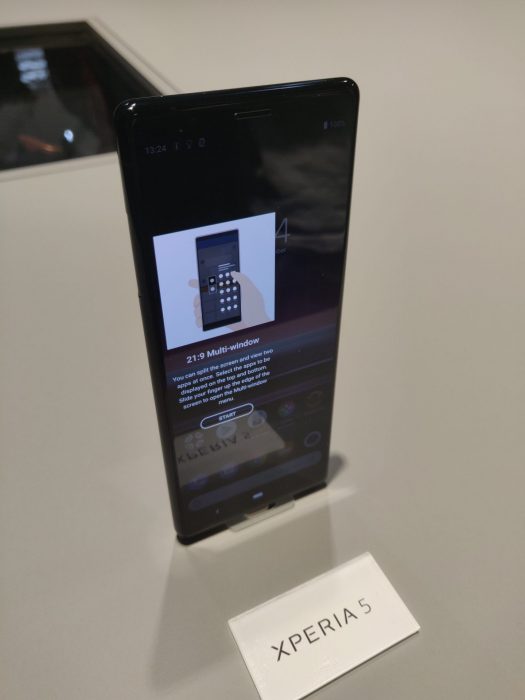 The specs also include 6GB of RAM, 128GB of internal storage and a microSD slot for another 512GB. 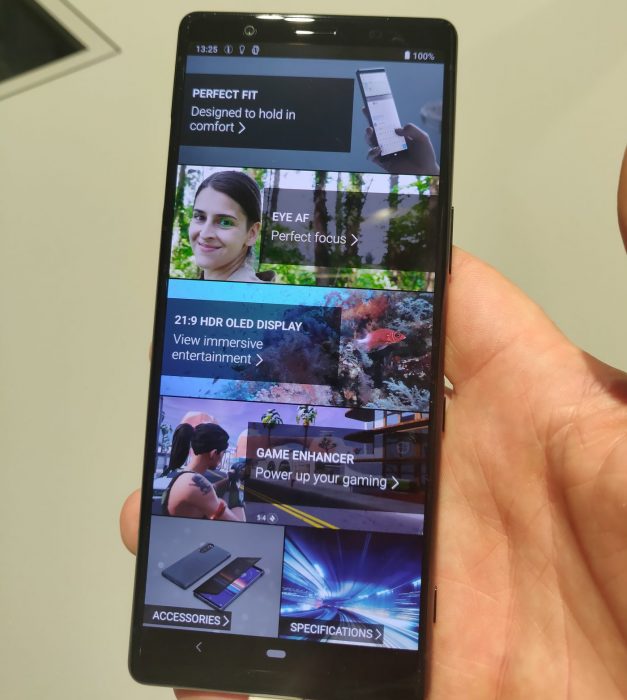 Powered by a Qualcomm Snapdragon 855, it’ll display Android 9.0 on a 21:9 6.1″ FHD+ HDR OLED (1080 x 2520) screen with a box of Sony imaging goodness for perfect colour and picture quality. Their BRAVIA technology has been woven into the smartphone too. 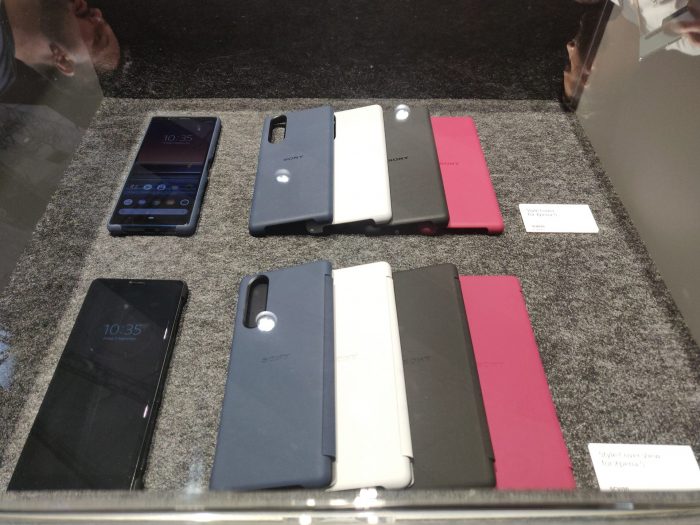 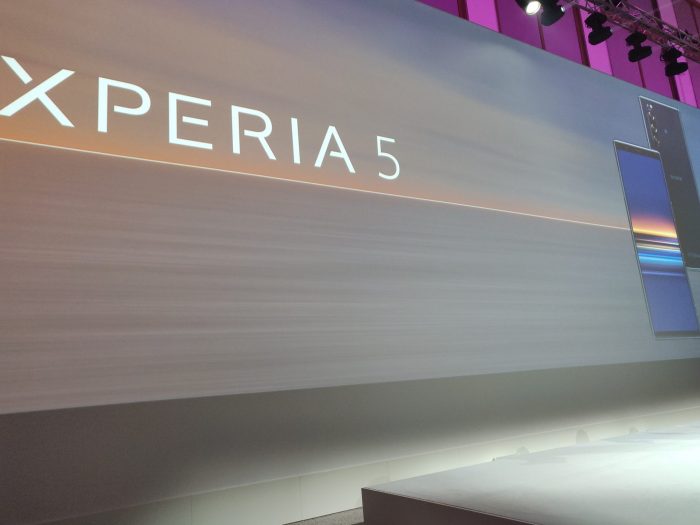 Sony have basically made the Xperia 1 we saw last year a bit smaller here, but they’ve kept the 21:9 CinemaWide display. More details can be obtained on the Sony website. It is available to pre-order from September 19th in “selected markets” across Europe, and Sony will be adding these WF-1000XM3 wireless noise cancelling headphones into the deal too. EE and Carphone Warehouse have confirmed that they will be ranging it. 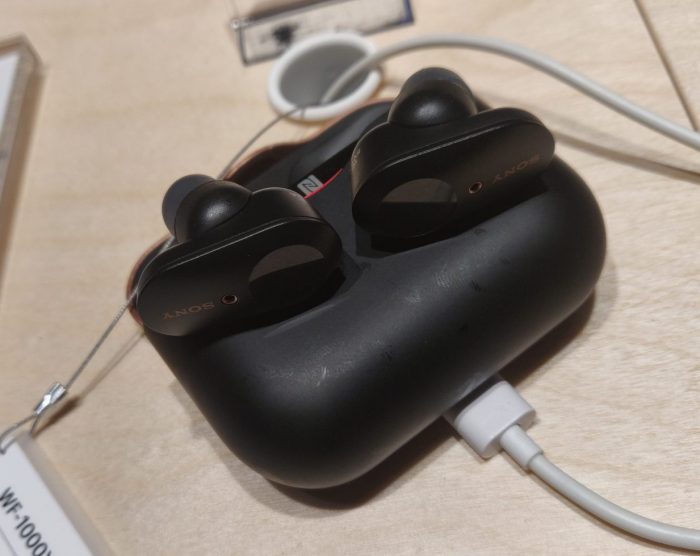 We’re trying to get details on UK pricing from the Sony PR team at the moment.