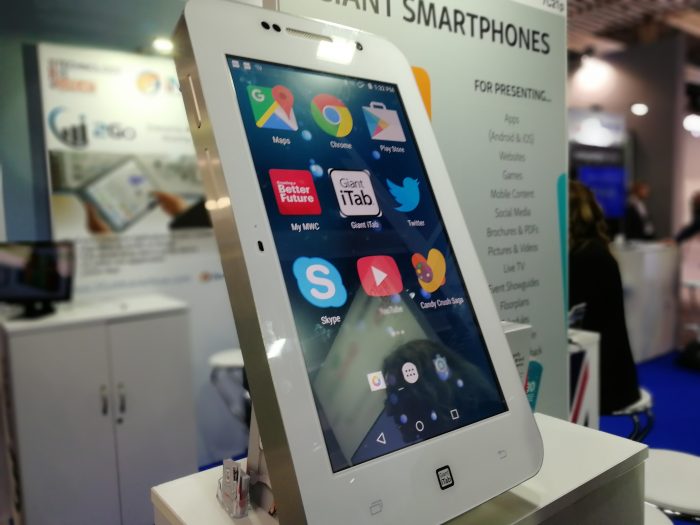 On Monday we stumbled upon these really tiny phones that plugged straight into your ear. They were one step away from plugging directly into your brain, and were the size of a regular Bluetooth hands-free device.

Now we’ve found the complete opposite – a simply massive smartphone.

This one, we assumed, was just some “look-a-like” smartphone interface that had probably just been mocked up to look “familiar” for people. But no, it wasn’t. We even drilled down into the Settings pages to check and yes, everything worked as it should. It’s a massive Android phone interface on a big touch screen and I have to say, I was mightily impressed with this. 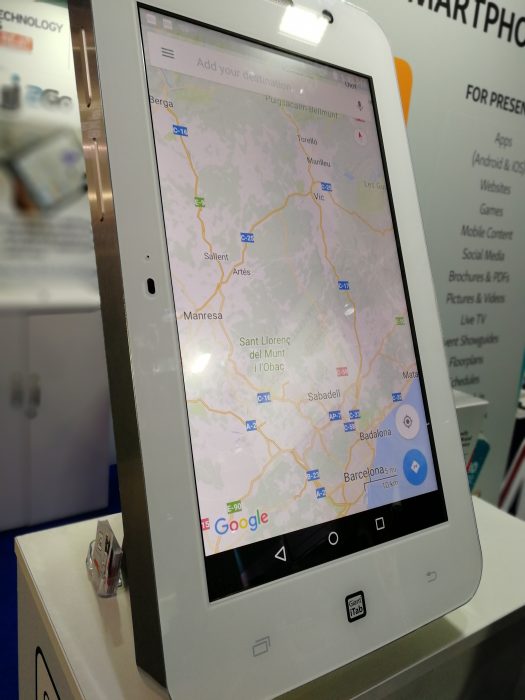 The company behind it have a strange Apple-esque name (Giant iTab) but this is a seemingly obvious and simple idea which really works well. Think about it – as a point of sale unit, as a sales tool, a digital map in a shopping mall – it’s just so quick to understand. No weird clunky interface to understand, no strange menu system to try and understand – just the well-known phone interface.

As a shopping mall, conference hall or a showroom, you just whack your regular Android app on there and you’re done. Simple as.

These guys are based in London and you can get more information straight from their site. 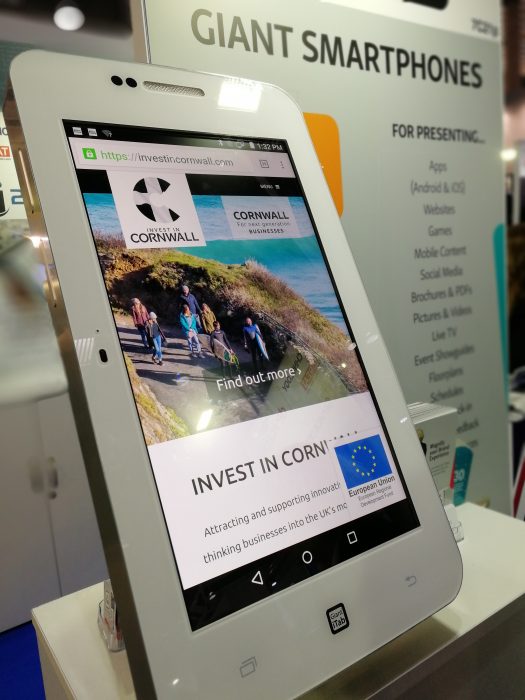