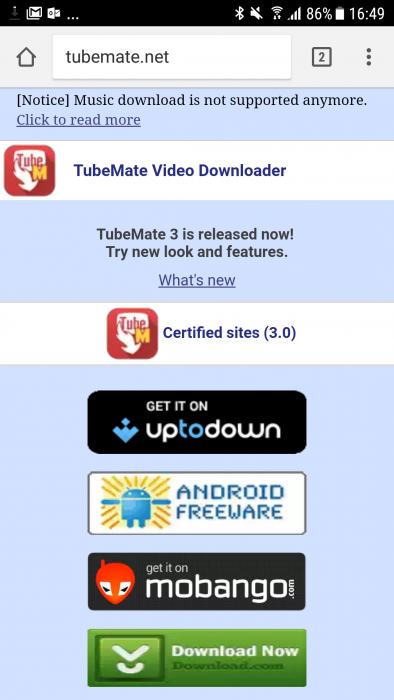 Back in the days before audio streaming services really became “a thing”, you’d find people wanting to take their MP3s with them instead. Phones used to be crammed full of MP3s, so you’d have your music locally, not in some fancy “cloud”. When a lot of music videos started ending up (legally) on YouTube, Tubemate became a simple way for Android users to convert these videos into MP3 audio files.

I wrote about it back in 2013 and then another how-to back in 2016. Sure, you had to download the app directly (as an APK) and you’d need to pop temporarily tweak the app-install permissions, but it worked a treat and we all kept on doing it for years. Sites online would let you do a similar thing too. Just whack in the YouTube URL and – BANG – you’d be downloading the music in seconds. 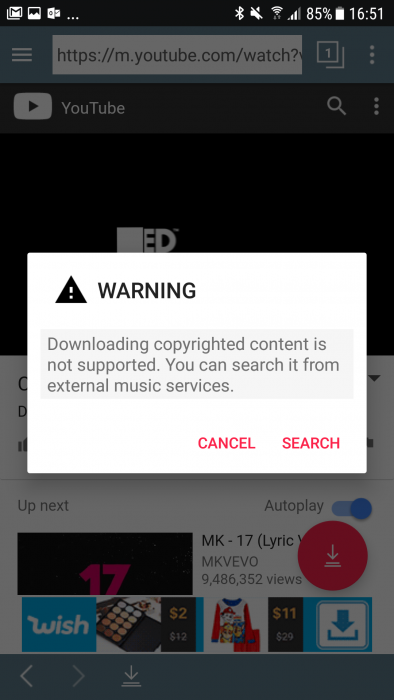 Sadly, it’s now all over and the Tubemate people seem to have either developed a conscience or they’ve been threatened with a massive fine. Their take on it is a bit different though, and since sites like YouTube-MP3.org got taken down by the RIAA (Recording Industry Association of America), there’s been a definite amount of “heat” on the developers of Tubemate too.

Now all the versions of Tubemate on the site (even the older ones) have been tweaked to detect and stop you downloading copyrighted music videos. So, even though you can watch them on YouTube, you can’t download them to a file you can carry round.

I’m just glad that there’s not loads of links to the previously working versions all over the web. That would be bad and wrong.