We have managed to do it – we finally have an unboxing before a phone is due for release. This took us a fair few hours of persuasion and persistence from me upon the bigwigs at Sony to allow us to have this device, the Sony Xperia XZ. It has has been worth all the work. Well, let’s dive into the unboxing to find out what this thing looks like. This is an evolution of what has come before from Sony, in that there are lots of design cues that can be seen from previous models of their Xperia range. That being said, Sony has introduced a new design language with the Xperia XZ and the smaller Xperia X Compact. This is called “endless loop”, and it is Sony’s way if describing the flow of materials across the phone. This results in no rough edges, which is a big improvement over the Xperia Z5. Another significant change is the implementation of waterproofing, as this was sorely missed from the previous X generation. Glad that it has made its comeback here. Apart from these changes and the inclusion of USB Type C for power, there is not much else new on the outer layer. Its on the inside that we have a lot more happening. Under the ALKALEIDO metal skin, we have some significant changes to both the chipset and the camera modules.

First off let’s take a look at the chipset. This has now been juiced up to include the Snapdragon 820 CPU, which promises to deliver much more processing power throughout the phone. Pair this with the 3gb of RAM that we are used to seeing in the Xperia flagship range, and it delivers. I have not had any reason to question the speed of the phone so far in my short time with it. For the full review, I will be putting the Xperia XZ through a full gaming test, along with the standard benchmarks that we use.

The camera is one if the areas are Sony has really focused their energy, as – in my opinion anyway – they were starting to fall behind the rest of the market. Sony has managed to squeeze in some more stabilisation, and also added in a laser autofocus system similar to what we’ve seen in some previous LG devices. However, it is the software and the camera UI where the biggest changes can be seen. We now finally have a proper full manual mode, allowing you to control all the things that you could possibly want when taking pictures. This is something I really missed from my Lumia 1020 (RIP) and I am so glad that it can now be found on a Sony. 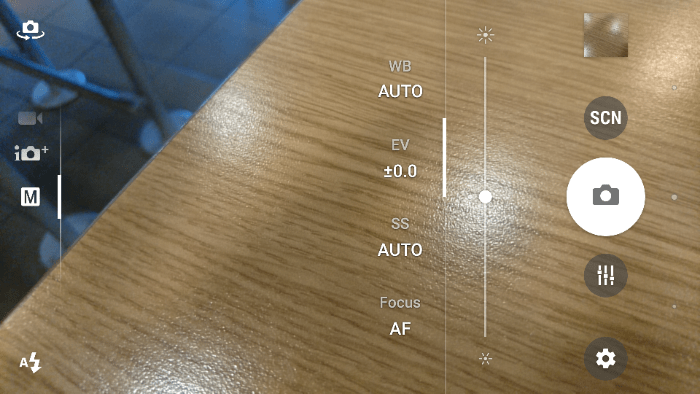 It will take me a little bit of time to become fully accustomed to the new camera tools, but rest assured that they will get a full test in the upcoming review.

With that all covered, I am now going to get down to some serious testing and will report back here soon.