BlackBerry, one of the past greats of smartphones, have just announced the DTEK50. This will be their second device running Android after the (also appallingly named) Priv. The Priv was a first for the company – it was the first to run Android rather than its proprietary BB10. Whilst it generated positive reviews as many reviewers were pleasantly surprised by the security features added to the stock Android features, sales were disappointing.

That device is almost a year old, and so a refresh was in the works. Blackberry make a lot of the security aspects of the devices saying it “the most secure Android device”. There’s lots of security info in their press release which seems very complicated (so must be secure right?).

The specs are below. However, if you can’t be bothered to read, here’s a fancy video…

Now looking at the video, the specs and the reported guide price in the UK of £275, certain things jumped out at me. Firstly this is definitely at least a mid-range or even higher-budget device with specs very similar to the Moto G4 (£100 cheaper) or the Alcatel Idol 4. The Alcatel Idol comparison is also interesting as the device looks remarkably like a mixture of the Idol 3 and 4. It has front and back speakers and the “Boom” key (re-branded as “convenience” key). Being a past owner of the Idol 3, I was struck by the similarities with that device when looking at the video. So much so that it got me wondering….did BlackBerry actually make this device? Or did Alcatel (as an ODM) and then Blackberry stick their name on it a la Foxconn/ZTE etc.

Could this be the end of BlackBerry making its own hardware?

Finally, it seems that BlackBerry is again dropping the physical keyboard, something that has been their USP. Things didn’t fare well when they brought all-touch devices out in the form of the Storm and Storm 2 (with their lovely squidgy touchscreens – eugh!!).. they swiftly went back to keyboards in the Passport and Priv. 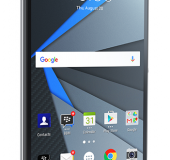 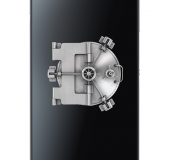 What do you guys think of this new device? Let us know in the comments below.