I’m a bit of a fiend for alarm applications. I don’t know why… That isn’t true. I’m one of those people who would be late for their own funeral if I didn’t have something to remind me I need to get there on time. And then remind me again. And again. You get the point. Fast forward an embarrassing amount of years, and it’s made me an alarm app aficionado. If I’ve got the chance to check them out, I will.

This brings me to Neon Alarm – again. It may ring a bell, because it was reviewed a while ago. It never did end up becoming my default alarm app of choice, but here’s what was said about it two years ago: “This is a really simple app. It doesn’t do much more than create an alarm. But here’s the kicker. It does that really well.” 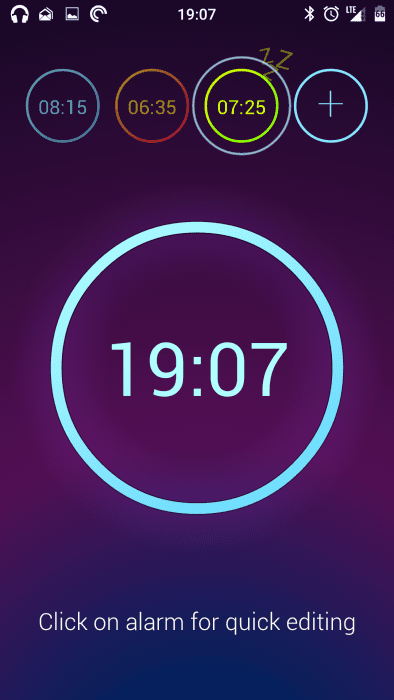 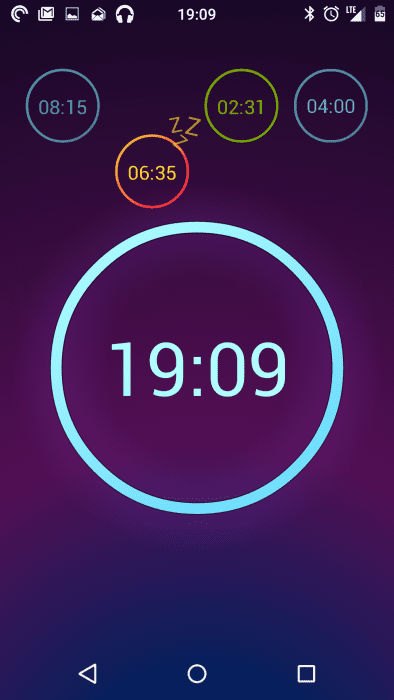 If the individual alarm is turned off then the icon will be muted out. It works well, and even better in the dark when you need to set up an alarm just after you’ve turned off the lights before you go to sleep.

It’s still pretty intuitive – click the plus button for a new alarm, click an existing alarm to modify the time/setting of that particular alarm, and hold down an alarm to get to the options for deleting the ones that are no longer in use.

If you want to tweak a particular alarm, go into it, click the edit button, and hey presto. Want a song? It’s got you covered. Want to have it repeated on particular days? Neon Alarm can do that. Highly configurable snooze settings? Yes, it has that too. Want more than the four alarms? Yes, yes it can do that. I set up 6, and then realised that would be my sensible limit. You can also label them as you see fit, so you don’t lose track of what you’ve set up and why.

I haven’t even gone into the way you can flick the alarms up and off the screen with absolute ease to better see the clock. 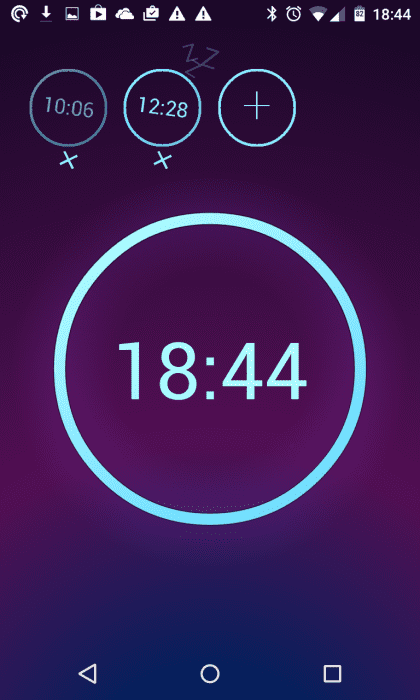 Neon Alarm has gone one step better with the introduction of ‘Night Mode’. Although the colours don’t get in your face, things can still feel pretty bright when you’re getting up at some ungodly hour and the alarm clock could easily double as a torch when it throws that bright screen glare in your face. Night mode resolves that.

If you swipe in from the left, you go into night mode, which just leaves the clock visible for when all you want to do when you wake up in the middle of the night is check the time, groan, and fall back asleep. That screen glare? They solved it with the ability to dial back the screen brightness of the clock. All you have to do is swipe down the middle of the screen until you’re happy with the level of visibility. To come out of night mode is as easy as swiping in from the right and you’re back with the ‘day mode’, and full app functionality. it’s a nice touch. 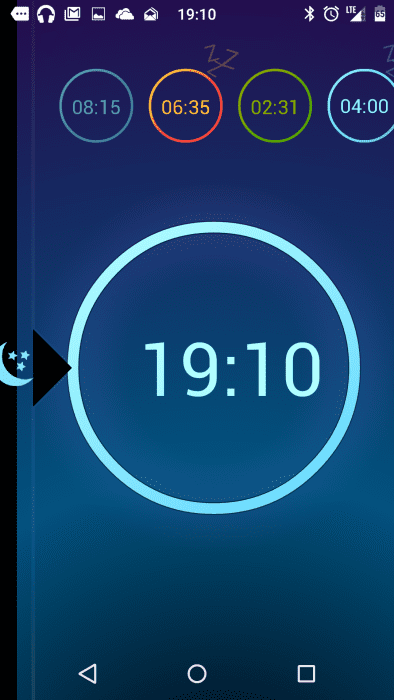 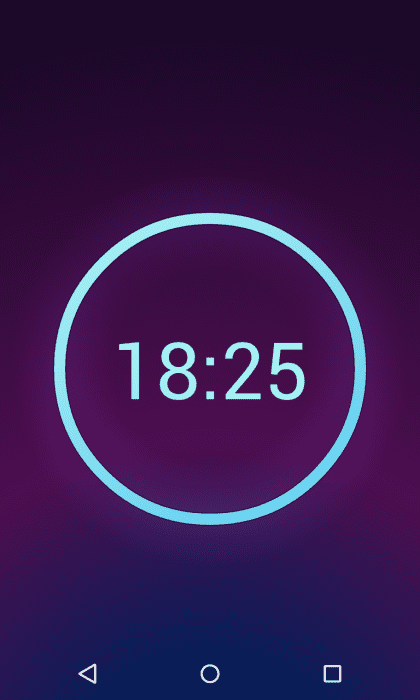 The tutorial also feels fully featured and provides an easy step by step walkthrough of turning the alarms on and off, night mode, and setting up an alarm, It also covers sleep/snooze mode, which is an absolute must for some of us. 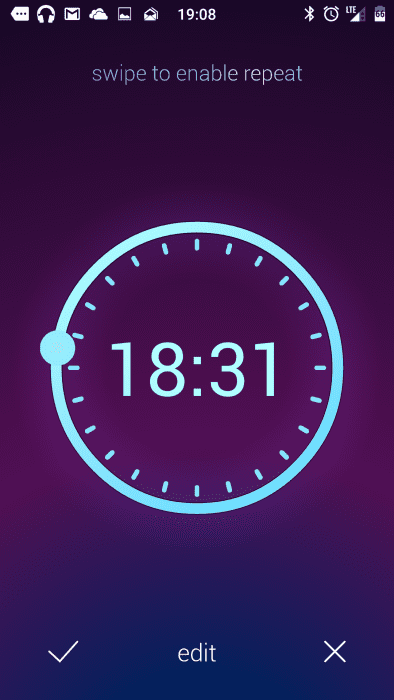 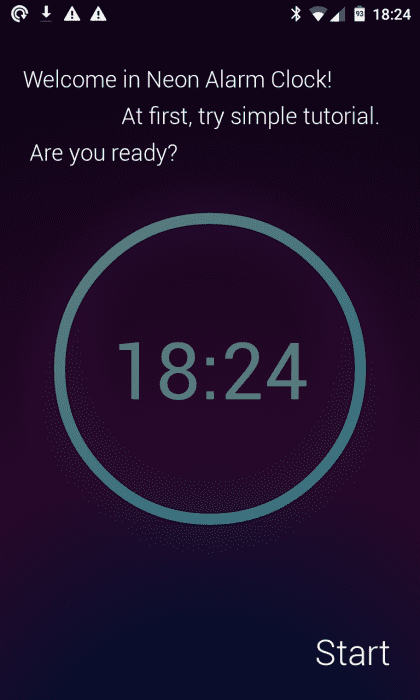 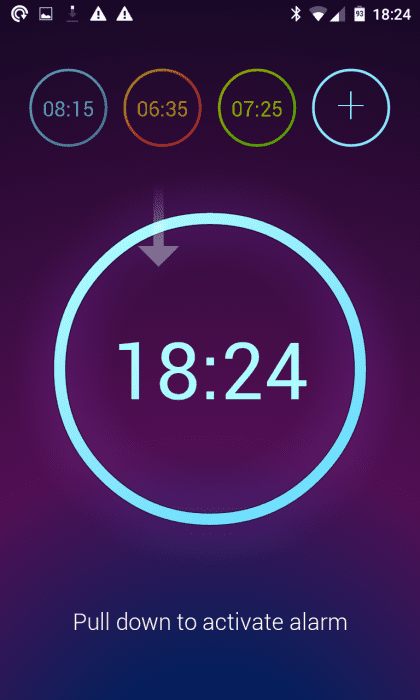 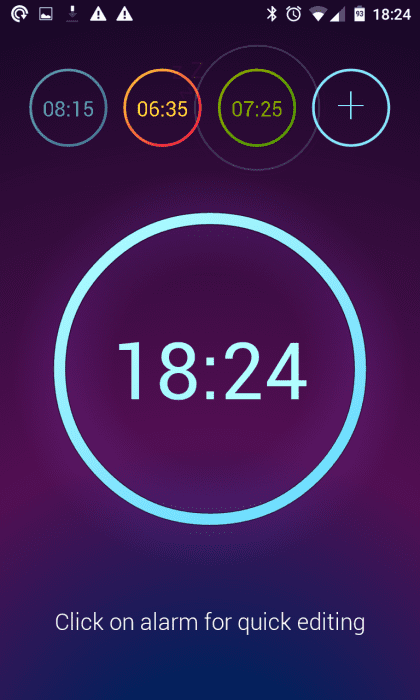 There are also themes, so you can dress your phone up to the colour setting of your choice, available with a swipe up from the bottom of the screen. It’s rare that an app gets better without any drawbacks, but Neon Alarm seems to have done just that. I made a couple of comments about the previous incarnation of the app with regards to having more than four, and another around ease of use of setting the time. These have all been resolved. If I were going to ask for anything to be changed, it would be have some way of syncing my alarms across my many devices to once I install on one phone, I can keep my alarms up-to-date. I don’t even know if it’s possible, but if the Kindle can do it…

The other thing I thing I’d like is to have the alarms set out in chronological order, but even that complicates things. You’d then want to know if they’re chronological and functioning, or chronological irrespective if they’re on. I think that having a label that says what the alarm is set for is a lovely touch.

If you’re hunting around for a new and aesthetically pleasing alarm app, try out Neon Alarm. It’s got a free version, but the paid-for version is easily worth it. Why would you want to use Neon Alarm rather than the stock version? That’s easy. Because it’s prettier.

You can find the free version of Neon Alarm in the play store here, and the paid version here for £1.99.