After the waiting, the miniature burgers and the orchestra, we eventually got to see the Samsung Galaxy S5. The handset looks pretty similar to the S4 (if I’m brutally honest) apart from that rear panel, which does give it a slightly more distinctive look this time. Samsung are also doing a range of accessories and covers to help make your S5 individual.

We tried the fingerprint swipe, which was a little temperamental, and the heartbeat sensor, which worked if you were very quiet and stood still. The S5 was, as expected, immensely quick and the camera was sharp, responsive and clever. I’m still on the fence about the heartbeat and fingerprint sensor – personally I think these are “nice to have” features which won’t get used by many owners, but you just know that this phone is going to sell by the truckload because, well, it’s a Samsung.

We asked the lovely Kathy to give us a demonstration, so I’ll let you watch this to give you a better tour of the handset…

Here’s some photos to give you a better look at the handset. As we were informed earlier, this will be available to buy in a range of colours from April 11th. Get the full Samsung Galaxy S5 details here. 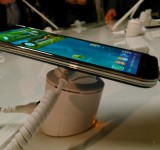 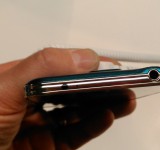 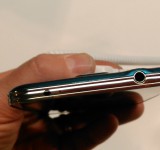 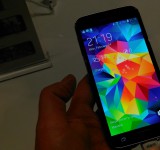 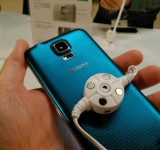 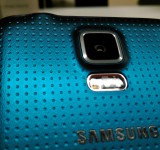 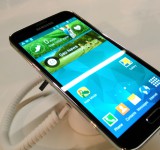 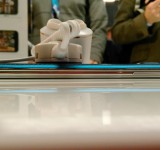 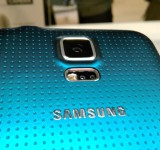 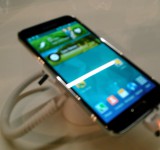