I’ve finally got my grubby mits on Sony’s newest releases, so I thought I’d share my pleasures (and pains) with you lovely people.

Sony pre-release review models are notoriously hard to come by, especially when you want them with some accessories, but with a little sweet talking I was able to get my hands on a demo model of an Xperia Z1 and a DSC-QX10 Smart Shot detachable camera lens straight out of the box at my local O2 store. Mainly because the staff were as excited as me to play with them!

Firstly, sorry that the photos are a little shaky, you see we drew quite a crowd and elbows started becoming pointy! There are two big questions about these devices: is the screen on the Z1 up to scratch after the disappointment of the OG Z, and how well does the Smart Shot work in conjunction with the phone.

It’s a really great screen. Sony have put the time and effort into it, and I put it amongst the best on the market. However, it’s not quite there still.

I would be over the moon with it had I not I put my OPPO Find 5 next to it. The viewing angles aren’t quite as good as the OPPO (although far better than the Z), and for ultimate crispness the Sony just loses out. Considering that I rate the OPPO Find 5’s screen as the best I’ve ever used, I was setting the bar high. The Sony will, however, give the Samsung Galaxy S4 a run for its money, with only the extreme viewing angles letting it down.

The DSC-QX10 seems just as ridiculous in the flesh as in the promo videos. It took a couple of minutes to work out how to clip it on properly and another couple to pair it at first, but once powered up it look the part. Although the devices are front heavy when clipped together the combination isn’t uncomfortable to use. The software and placement of the buttons makes things quite intuitive.

The fact that the DSC-QX10 has a tripod mount on it means that this could be used as a seriously good camera in a lot of situations. After having seen the cheesy video leaked just before IFA I was curious to see how the Smart Shot performs when it’s not clipped to the phone. With the duo wirelessly paired I held the Z1 and the store manager walked to the door of the shop with the lens (about 15 feet). The picture was crystal clear with no noise. He then went out onto the pavement – still the same – and into the market stall another 15 feet away – still fine. In fact, he went about 40 feet until it started breaking up.

I was unable to view the resultant photos on a computer monitor, but they looked pretty decent on the Z1’s screen.

I was impressed. This means that the Smart Shot could be set up and left somewhere and remote photography with decent optical zoom becomes a breeze. This isn’t the most widespread of uses, but for wildlife photography where one doesn’t want to startle the animals this could actually be useful!

Apart from that though, I can’t see any advantages of this hybrid device pairing over a separate phone and decent compact camera. Moreover, I see no point whatsoever is getting the QX10’s bigger brother (the QX100); it will just be heavier and and leave a bigger hole in the bank account. This is a wonderful gadget that’s great to play with that, unfortunately, will probably end up unused in a drawer somewhere.

Both of these products are incredibly well made and show the build quality and class that are traditionally reserved for Apple products. Despite the slightly inferior screen on the Z1 and the quirkiness of the DSC-QX10 I can see me giving both of them a home. 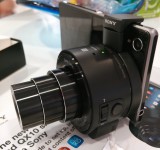 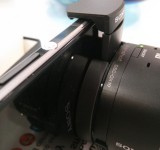 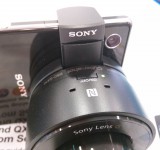 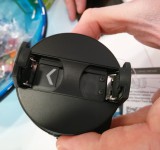 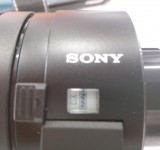 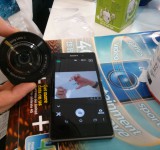 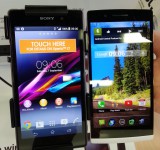