For a while using a phone with two sim cards in has been a bit of a holy grail for me. I could use my normal sim for making calls and my Giff Gaff SIM for my data requirements. Sounds fairly straightforward but various manufacturers have tried their hardest to ruin this for me.

When I saw that Acer had announced a dual sim device I was excited, although when I saw the price I was a little worried as in the past a phone from Acer equalled a creaky plasticy thing that you’d rather not use. Upon opening the box of the Gallant Duo I was impressed, it was the exact opposite of what I expected.

At the moment the Gallant Duo is available for about £150 on a SIM free basis, which seems like a bargain for what you get.

As I’ve only had it for a day or two now would be an ideal time for my initial impressions.

The Liquid Gallant Duo is a nice looking device, a mix of soft touch coated plastic for the back panel and the screen surround and hard plastic for the side panels. It all makes for a nice to hold and solid phone.

The Gallant has the expected selection of buttons and ports, you get a volume rocker on the right hand side, headphone and micro USB along the top. The power button is round the back next to the camera, which is going to take a lot of getting used to. The speaker is below the back panel on a ribbed plastic section which makes the rear of the phone look quite nice.

Here are some pictures of the Gallant Duo: (the comparison phone is a Samsung Galaxy Nexus) 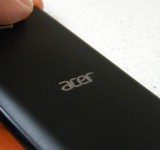 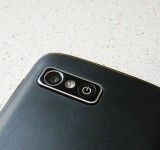 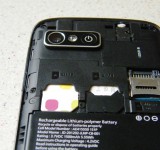 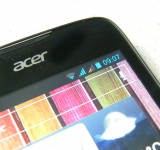 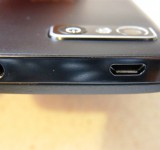 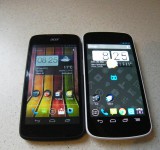 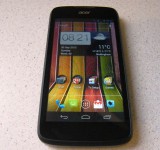 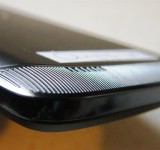 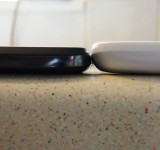 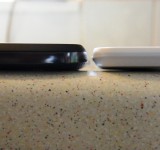 The specification of the Gallant Duo isn’t stellar but it certainly has a few good points, that at this price make it appealing.

Here is the spec for the Gallant:

Key points here are the Dual SIM, MicroSD slot, internal memory size, the 4.3″ screen and the fact it comes in white. On paper the single core chip looks worrying but it easily handles most tasks I’ve thrown at it.

Acer have done a damn good job on adding the dual SIM functionality to Android. The options that you are presented with allow you to specify which SIM is used for Calls, SMS or Data. You can also pick contacts that use a specific SIM as well. Acer have also reworked the data usage section to check up on both SIM cards. I am very impressed by their work on the software.

The rest of the software is pretty much stock Ice Cream Sandwich. Until you start digging around that is, once I had my SIM cards set up I noticed a nice clock on the Homescreen upon futher investigation there was three to choose from along with a weather widget, a speed dial widget for your contacts and then the normal Android stuff. Again I was impressed, then I turned the phone off and I spotted something else Acer has changed. The Lockscreen has an opening blind effect as you swipe across it and four app shortcuts, so you can unlock or launch your chosen app from the Lockscreen.

Overall I think the Gallant Duo is a really nice, useful and well thought out phone, Acer have obviously put some effort into making something that is a little out of the box and I think they have pulled it off. The only thing I can see being a problem is battery life, using two phones most days I just about get through the day, whether the 1500 mAh battery can replicate that I am a little wary. So to test this out I am ditching my Galaxy Note and my Nokia Lumia for the next week and both of the SIMs are being put in the Gallant Duo.

The outcome of this little test will be in our final review in a few weeks time. If you have any questions about the Gallant Duo or you want something to be tested in the final review then please let us know in the comments below.