Another ZTE handset announced today was the Orbit – a Windows Phone handset to go alongside their existing ZTE Tania that we looked at last month. It’ll be available in the second quarter of this year.

Powered by Windows Phone the ZTE Orbit will have 4GB of memory, HD Voice (again, ideal for Orange), a 5 megapixel autofocus camera with flash, 4.3″ screen (WVGA 800×480) and a 1GHz CPU.

We’ll get a look at this in a short while. Until then, here’s the press release and some piccies.. 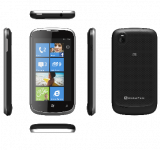 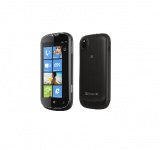 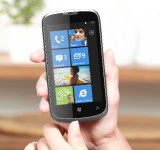 The ZTE Orbit joins the ZTE Tania smartphone in the company’s portfolio of Windows Phone-based devices. The ZTE Tania is commercially available in the UK and Sweden and other countries around the world.

“Microsoft is excited to continue partnering with ZTE to bring new Windows Phones to market.  We look forward to the availability of ZTE Orbit in major markets around the world in the second quarter of 2012,” said Mark Linton, Senior Director of the OEM Division, Microsoft.

“The Windows Phone platform is as powerful as it is intuitive, enabling us to create and deliver exciting new devices that meet real consumer demand,” said Mr. He Shiyou,Executive Vice President and Head of the Terminal Division of ZTE. “Our partnership with Microsoft is a key component of our strategy to grow our share of the smartphone market. ZTE is proud to be at the forefront of device manufacturers who are using the Windows Phone platform.”

The ZTE Orbit is based on the latest version of Windows Phone and comes with 4GB of memory, HD Voice, and a 5Mpx autofocus camera with LED flash. The ZTE Orbit will be available in the second quarter of this year.

At the same time, ZTE announced the MF668A data card which takes advantage of Microsoft’s Mobile Broadband Class Driver in Windows 8. ZTE’s MF668A data card is being demonstrated at Mobile World Congress for the first time. The data card, which supports RAW IP and high-speed transmission, is based on the new MBIM v1.0 specification, recently approved by the USB-IF, and natively supported in Windows 8 without additional software.

Launched on 18 January, the ZTE Tania is a chic Windows Phone device, with a chassis measuring just 10.7mm in depth, 4GB internal storage and a 4.3 inch touch screen. The 1GHz processor and ultra-sharp cinematic WVGA 800 x 480px screen make responding to emails, editing documents and browsing the internet fast and intuitive. The first Windows Phone-powered smartphone launched by ZTE, the ZTE Tania is expected to be available in stores in the UK in early April at tariff points in the £10-20 range.

The full portfolio of ZTE Windows Phone devices is being demonstrated at Mobile World Congress at the ZTE booth (Hall 8, Stand B145).