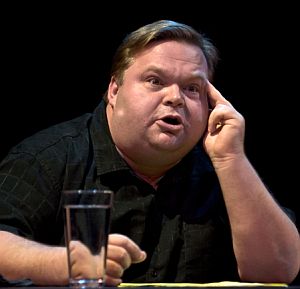 Recently Apple have announced details of the checks they perform on factories in their supply chain. Rumours and accusations of child labour and long working hours have been rife and, if we’re truthful, it’s not just Apple. Other phone manufacturers also use factories within the same area of China. Indeed Foxconn also helps to make the Xbox 360, Wii, Amazon Kindle and other products. Most of the latest news surrounds this monologue by Mike Daisey and the well-publicised suicides. Mike is a story-teller and has already performed in many venues including the Sydney Opera House.

The edited version, which is available in This American Life episode, is a little long and takes some time to listen to, but it does reveal some of the working conditions within China. These are conditions that are rarely questioned by workers and perhaps not thought about by us when we purchase our shiny new phones. Do give it a listen if you get time, believe me it’s worth it.

Mike visited Shenzhen in China in 2010 and since then Apple have made a number of checks. They checked through 127 facilities and found 91 under-aged workers and, in 2010, found that only 32% of suppliers were conforming to working hours.