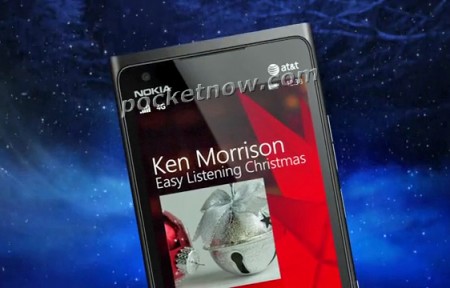 The Nokia Ace, aka Nokia Lumia 900, has show it’s top-half over on Pocketnow. It’ll arrive on US-network AT&T later this month after an announcement at CES and it looks to be an exclusive too.

At launch the Lumia 900 will run Mango but will shortly get a new version of Windows Phone, called “Tango” (yes, we know, Mango, Tango… whatever next ? Fandango?) Either way, we’re finally getting a front-facing camera on this handset. Rumours state that it’ll have a 1.4GHz Qualcomm CPU, 8 megapixel rear camera (with the Carl Zeiss optics etc), 16GB of on-board memory, 4.3″ screen and an 1800mAh battery.

The handset has been rumoured for a while now but these additional specs and pictures have just appeared.