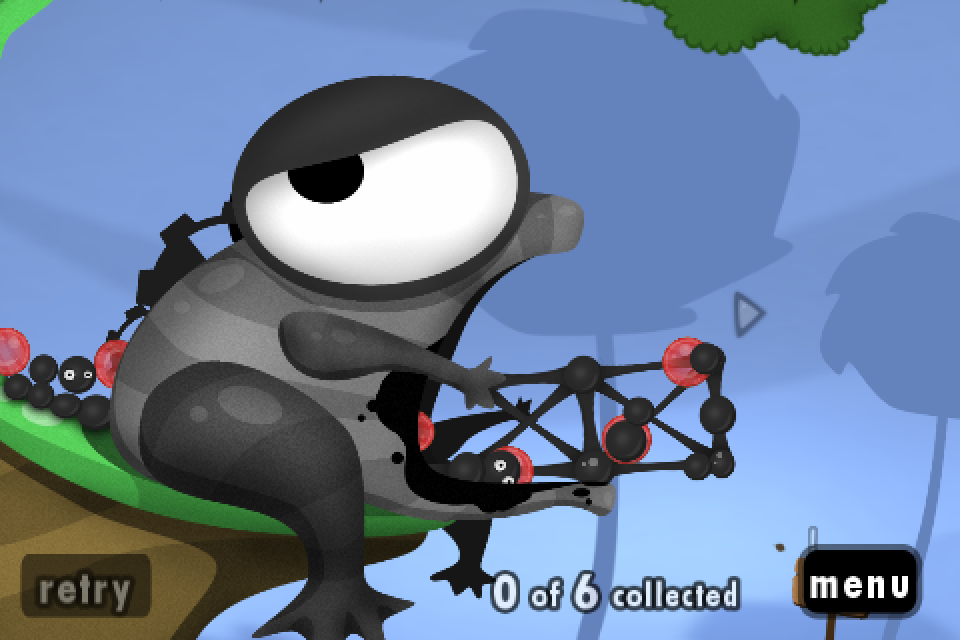 One of World of Goo's more normal moments

Those gamers among you will likely already have heard about World of Goo. Over the last few years it’s built up a reputation as a cult classic among puzzle games. Originally released on PC before making its way to Wii and then the iPad, last week developer 2D Boy finally released a version for the iPhone and iPod Touch.

Like all good puzzle games, the basic premise behind World of Goo is extremely simple; in each level you have to get a set number of Goo balls to the exit pipe by attaching them together. There are different types of Goo balls which have varying abilities. For example, the standard black Goo balls can only be attached together once whereas green Goos can be detached and reattached at will.  There are numerous others too although I wouldn’t want to ruin the fun of discovering them for yourself and as I’m not even half way through the game I’m fairly sure I’ve only seen a fraction of them myself.

The game’s production values are sky high. Even though it isn’t the most graphically intense game you’re likely to see the animation is gorgeous and super smooth and the level of imagination demonstrated by the designers is striking. The music is also fantastic, with some great tunes which help to build the atmosphere no end, you’ll definitely want to plug in some decent headphones to really get the full effect. New ideas are also constantly introduced to keep the gameplay fresh and also maintain the challenge as new tactics need to be continually developed to overcome the obstacles in your path.

Casual gamers will probably just be happy to beat each level but for the more hardcore there are also OCD (obsessive completion distinction) achievements for completing levels with extra goos saved, finishing in less time or using fewer moves. This massively adds to the replay value and should keep you busy for a while.

I can’t recommend World of Goo enough. It’s my favourite iOS game by a distance and for £1.79 it’s an absolute bargain. Eat your heart out Angry Birds! 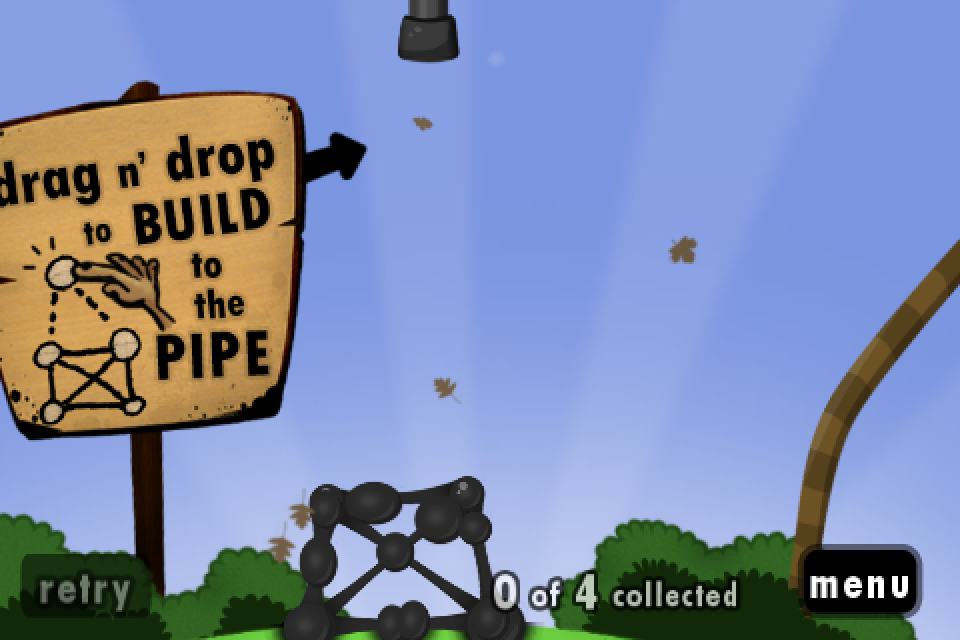 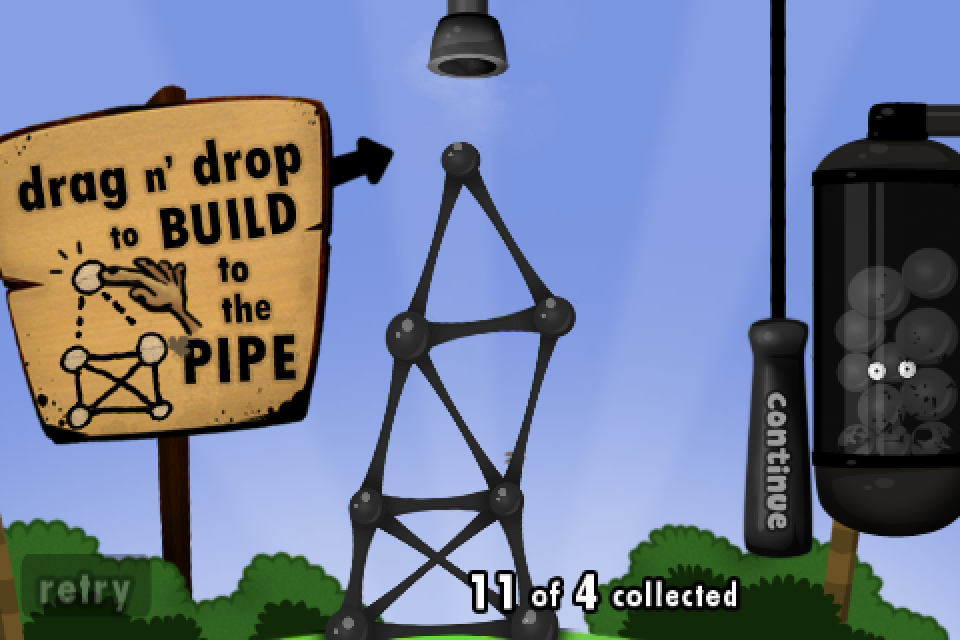 ...which can be completed in 3 moves 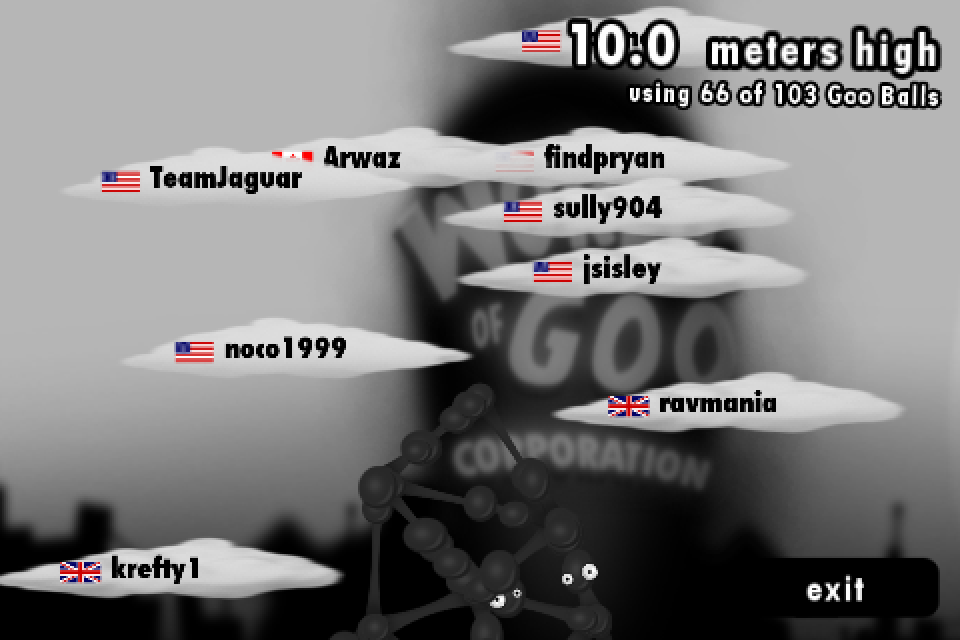