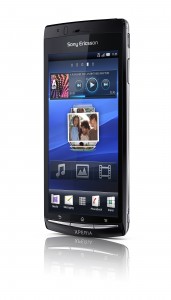 Pocket-lint have published an interesting interview with Steve Walker from Sony Ericsson. In it he tells the publication how they’ve learned from their mistakes and…

“What we think is different in 2011 is that consumer attention is swinging back to hardware once more. That’s not to say people aren’t focused on software, but that they are a little more in balance now.”

Steve perhaps gave a nod to those customers who were left lagging behind with older Android releases. Just recently the company stopped X10 updates completely..

“Last year we didn’t anticipate the strength of feeling that consumers would have towards the Android release. And again that was a learning experience of the first year of mass market Android smartphones.”

The new Sony Ericsson Arc marks the start of their fight-back in 2011.