The fairly random “A range” of Samsung devices don’t usually get the same level of coverage as the Galaxy S handsets, so let’s take a look at the new Samsung Galaxy A70 which was announced yesterday. 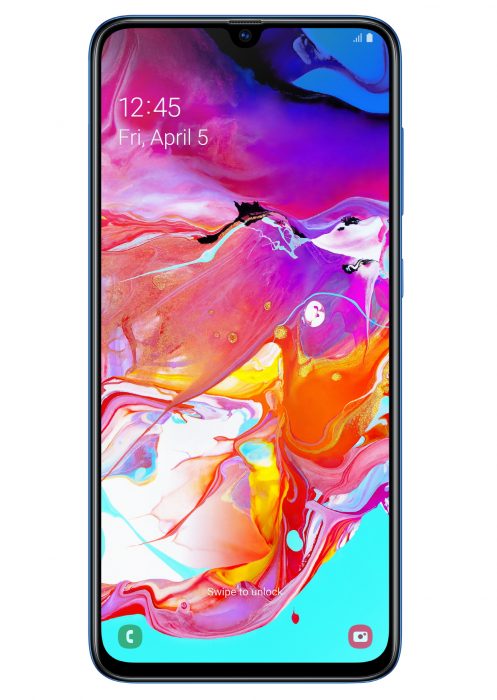 Up front, and cranking out the high megapixels, is a 32 megapixel (f2.0) lens.

This is powered by Android 9.0 (Pie) and has an octa-core (dual 2.0GHz + six 1.7GHz) CPU. There’s either 6GB or 8GB of RAM depending on the configuration plus 128GB of storage on board. You can boost that by up to another 512GB via a microSD card slot. Oh, and you can put two SIM cards in it alongside a microSD – so finally a phone for work, for home and still a slot for your microSD.

This has a 4500 mAh battery, Super Fast Charging and an on-screen fingerprint system.

We’ve not been approached by any particular network offering this, but you’ll be able to buy it for the very reasonable sum of £369 from 26th April. Head to the Samsung news pages for more info.