Psychologists believe that smartphones have become the “third wheel” in a relationship, distracting partners from each other. Surveys have found that many people in long-term relationships feel that phones are getting in the way of their private lives.  Others complain that their partners have fiddled with their phones during important discussions at home.

It’s obvious, when you look at it, that if you check your smartphone every 5 minutes, it’s going to harm your relationship. Whilst a phone can help you find love, you have to ensure that your relationship isn’t harmed by using it too much. Finding a partner with a phone, using an east European dating site for example, can prove easier than ever, however you need to learn to control your usage when you’re together. 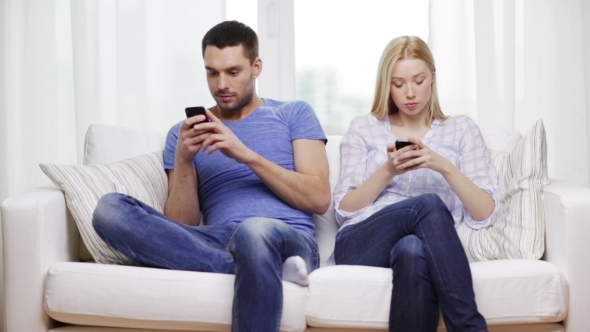 But wait! In my head I’m talking mostly to the men in this article. What about if it’s your wife or girlfriend using the phone too much? Phones can be additive no matter whether you’re a man or a woman, so do ensure that you sit down and take time to talk, connect and properly “be” with each other.

Make meal-times a “phone free zone” and ensure that you both stick to it. No phones. No TV, just you two both talking about your day and “offloading” the daily stresses and strains that work and life throws your way. After all, that’s what you’re both there for in a way.

The Internet is a useful tool for staying in contact with many people, but as I mentioned above, it doesn’t replace face-to-face communication as well as good old-fashioned ways of connecting, romancing or being affectionate. You can use certain apps on your phone to restrict usage, with apps designed to combat phone addiction by tracking and comparing your usage. Whilst you could easily uninstall it, you should both install the app to ensure that there’s an element of competition to it, and you could challenge each other to be the one using the phone the least on a day-by-day or week-by-week basis. 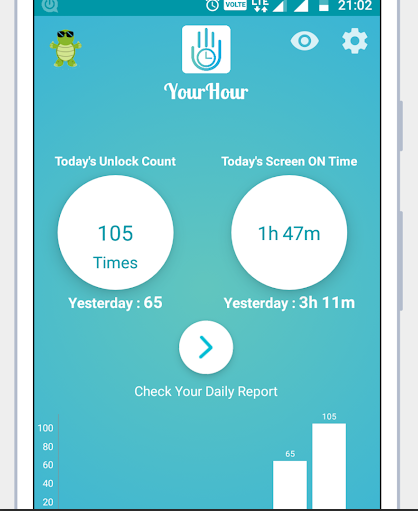 Whilst the dinner table should be a place without phones, you can also expand this. Perhaps make the bedroom a phone-free room. Restrict usage to just the living room. It’s a great way of keeping your usage to a minimum and again, if you’re both doing it there’s an element of competitive spirit so you’ll monitor each other. 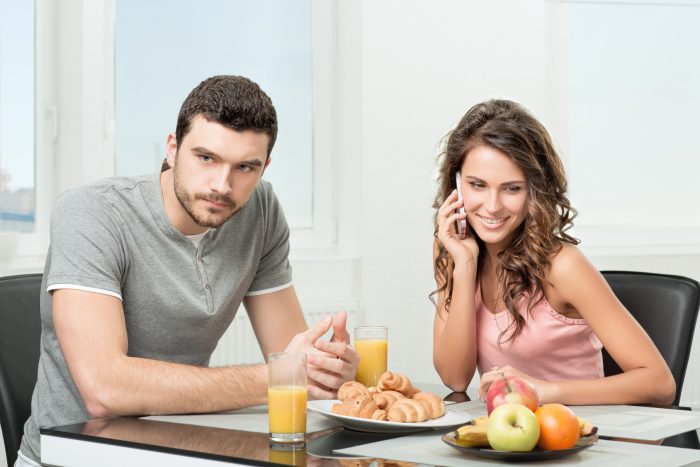 If you are on a date with your girlfriend, make an agreement to leave the phones in the car. I’ve seen many couples spend most of their evening staring at phones instead of each other. You’ve gone for a meal out to be “out”. If you’re staring at your phones then you could be anywhere, and there’s no real point in going for a meal in the first place. Definitely keep in mind that it’s better to communicate in person instead of through a screen.

Whilst all of these suggestions require will-power, stopping the phone becoming addictive and preventing it from coming between you and your relationship is key. It will take a joint agreement and you will have to keep to some rules, but it will pay off!