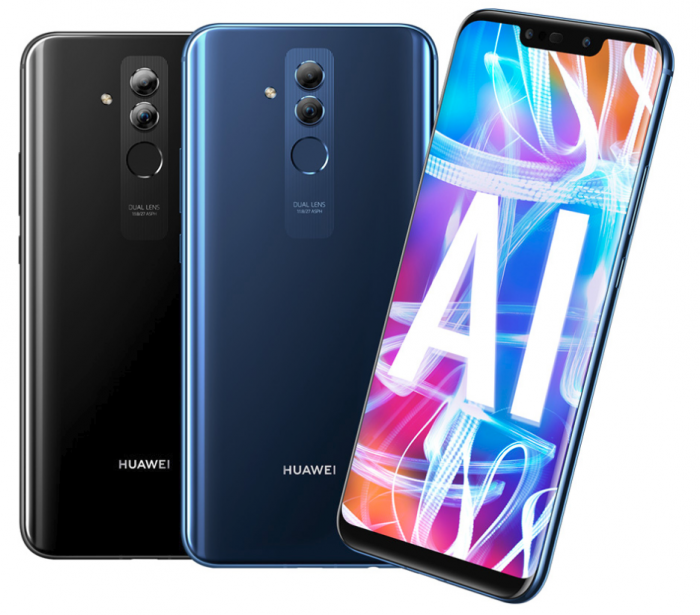 Meet the newly-announced Huawei Mate 20 lite. You can go and get one right now on the Huawei website. It’s going to set you back just £379 and it’ll be available from Carphone Warehouse, Vodafone and EE from October.

It’s billed as the “first look at the Huawei Mate 20 Series” and, strangely overlapping the hallmarks of their sister brand, Honor, they’re set to deliver “premium technology for less”.

Sure, it might be called “Lite”, but this doesn’t appear to be a slouch in the specs. It runs Android 8.1 and has 4GB RAM with 64GB of storage and a microSD card for more space. It also gets 4G connectivity, a 3.5mm jack port, Bluetooth 4.2, dual-band WiFi, GPS and NFC plus a 3750 mAh battery. 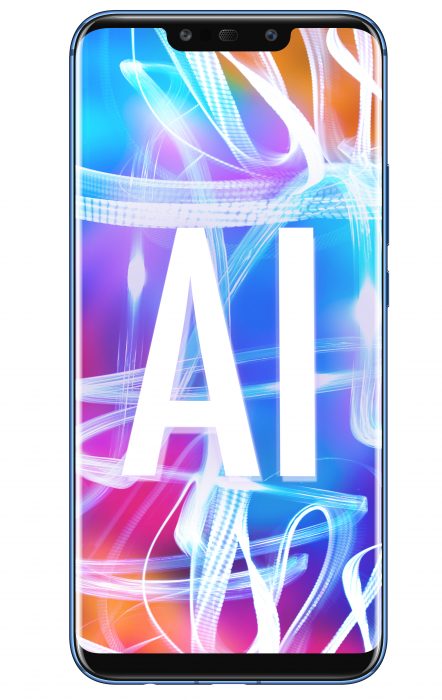 The cameras at the back are a dual-shooter setup. One 20 megapixel plus a 2 megapixel with F/1.8 aperture and autofocus (PDAF and contrast focus). At the front though, there’s two more. A 24 megapixel and 2 megapixel with an F/2.0 aperture, albeit with fixed focal length.

Head on down for the full press release. You can also hit the Huawei website for more. This phone has AI capability, improved battery life, improved performance, quick charge and a great camera setup. 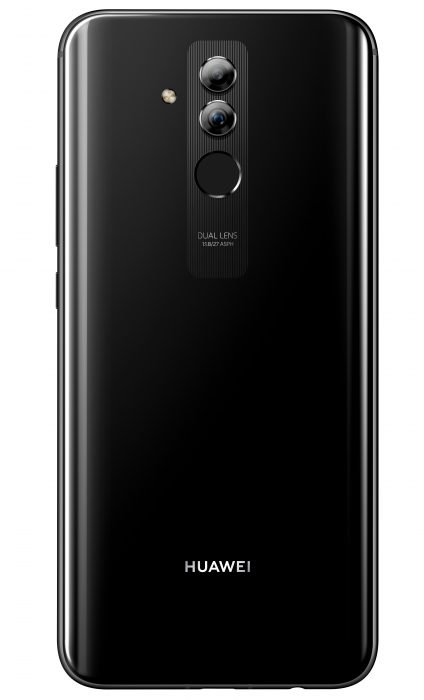 INTRODUCING THE HUAWEI MATE 20 LITE: OWN TOMORROW WITH AI FOR ALL

Ready to overturn a stagnant smartphone market, the Mate 20 lite provides a first look at the Huawei Mate 20 Series – set to deliver a new industry standard by delivering premium AI technology for less

LONDON – August 31, 2018 – The Mate 20 Series embodies Huawei’s commitment to advancements made in AI, overcoming challenges associated with performance and battery life, to become the trusted partner for users far and wide. Now, the global technology leader is bringing the benefits of AI to more people with the Mate 20 lite – the first device to be launched from the much-anticipated Mate 20 Series. Equipped with four cameras for professional photography, the Mate 20 lite combines AI technology with high-performance hardware, smart battery management and a stylish design, making it the perfect partner for work and play.

Anson Zhang, UK Managing Director, Huawei Consumer Business Group commented: “At Huawei, we are committed to launching devices that disrupt the status quo. Combining pioneering AI innovation, cutting edge power and performance, all at an affordable price point, the Mate 20 lite signifies our global leadership in the smartphone category and we look forward to launching the device here in the UK.”

BRINGING AI TO ALL

With the Mate 20 lite, Huawei addresses the unmet demand for affordably-priced, premium smartphones with outstanding capabilities, including AI solutions. Armed with a new Kirin 710 SoC and 4GB of RAM, the Mate 20 lite delivers AI capability, resulting in a dramatically improved performance, battery life and photography experience that is central to the device.

Using AI in real applications, the Mate 20 lite takes the hassle out of uninspiring tasks and replaces them with results that are curated for specific users. For example, the AI Shopping Assistant eradicates the time-consuming task of online shopping, with the AI identifying the item instead and sharing a link to where it can be bought online. Plus, AI Noise Cancellation ensures a smooth call experience by nullifying noisy backgrounds for high quality conversations. The days of manually managing photos are also over thanks to the AI Smart Gallery, which employs smart algorithms to automatically sort photos into albums.

Huawei, the leader in smartphone photography, is bringing its revolutionary technology to the Mate 20 lite with four AI powered cameras, ensuring premium photography is a staple feature of all smartphones, not just the flagship device.

The 24MP+2MP dual front cameras are augmented with AI and can recognise more than 200 different scenarios from eight individual categories (including Blue Sky, Beach, Plant, Night and more), optimising them scene by scene for flawless shots every time. The front cameras also support real time HDR preview and video recording for outstanding clarity, even in dark environments or on back lit subjects. Users can benefit from Studio Lighting, as well as leveraging the front cameras to generate a personalised 3D Qmoji (in GIF or video formats), perfect for sharing with friends on social media.

The rear 20MP+2MP camera also delivers incredibly high quality and depth data, for crisp looking images with a professional bokeh effect. The AI-powered intelligent system has studied more than 100 million images to be able to recognise over 500 scenarios in 22 categories (including Portrait, Blue Sky, Snow, Ancient Building and more), adjusting the camera settings accordingly for the best possible results. The rear cameras also support Super Slow Motion, with users able to capture a snippet of action at 480fps, then play it back 16 times slower.

Proving that power and performance is no longer reserved for the elite, the Huawei Mate 20 lite packs a 3,750mAh long-lasting battery (10% increase on its predecessor) and supports 18W Quick Charge technology (80% increase), as well as intelligent power management. The Mate 20 lite supports up to 17 hours of video playback, 23 hours of voice calling, 11 hours of web browsing and 107 hours of music playback.

The huge battery and memory capabilities power a smoother gaming experience. An AI Game Suite is available out-of-the-box, in which a Game Acceleration Mode identifies and prioritises gaming processes. The Uninterrupted Gaming mode also blocks all notifications except calls, alarms and battery alerts. Plus, it supports a quick transition between Wi-Fi and 4G networks, so users stay connected on-the-go.

With the Mate 20 lite, users get an expansive area to work – and play – with. Featuring a 6.3-inch 19.5:9 FHD+ (2340×1080) HUAWEI FullView display, the Mate 20 lite offers a 4% increase in screen-to-body ratio, compared to the predecessor. Replacing the top bezel is a notched design which allows for the bigger screen, providing a great field of view for the ultimate mobile entertainment experience.

In addition, Huawei has kept the device bilaterally symmetrical in design for a minimalistic look, finished with a beautiful curved glass display that makes the device a pleasure to behold. The Mate 20 lite is available in three colours: Sapphire Blue, Black and Platinum Gold.

The Huawei Mate 20 lite is available to purchase from £379 at Carphone Warehouse and Vodafone and at EE from October. For more information, visit: https://consumer.huawei.com/uk/phones/mate20-lite