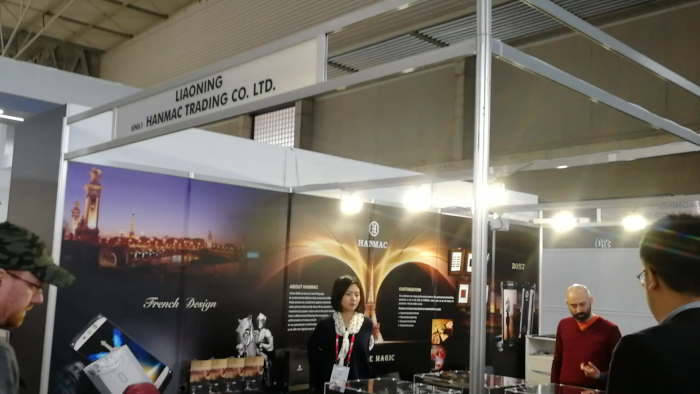 The lengthy walk around the the halls started to make me a bit snow-blind this afternoon. In Hall 6 there was the usual mass of Chinese OEM’s offering their endless handsets. It was a positive sea of slabs, and it’s simply impossible to catalogue the entire lot.

It can be interesting though, such as when you find out that handsets like the Archos Diamond Omega are actually Nubia devices etc.

Anyhow, whilst I was trying to steal yet more sweets in order to boost my sugar levels, I spotted some phones in a fairly nondescript stand which were either stunning or garish.. I really couldn’t decide. Somehow, though, I heard myself saying, “Woah! Something actually different!” and we barrelled over. 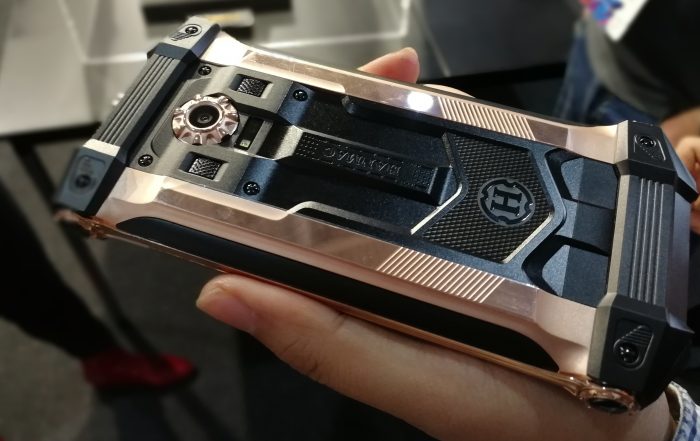 The company in question is called Hanmac and they make very exclusive handsets. Although they call their offering “accessible luxury mobiles”, it’s not the sort of place where you ask for prices. Yes, if you have to ask a price then you probably can’t afford the thing.

We managed to get them to remove the display cabinets so that we could get a hands-on with what will probably be some of the most expensive handsets we’ve ever seen.. From what we were told, you can have whatever designs you want. Your family crest, some diamonds perhaps, a bit more leather. Chuck it all in there. It’s up to you. 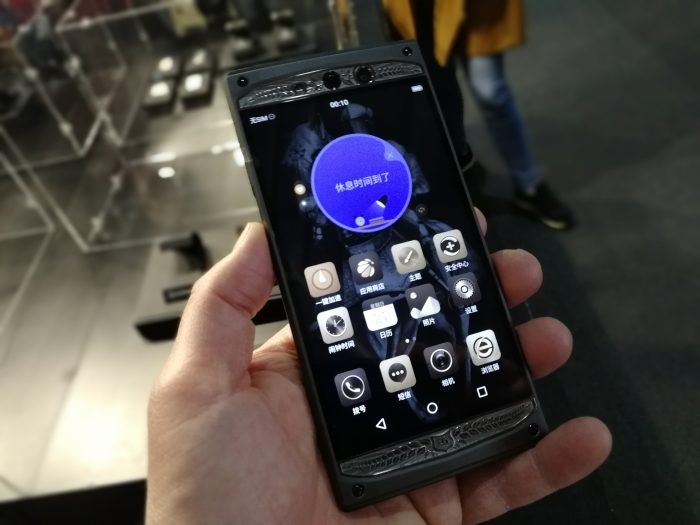 The Knight, shown here, has a 5.2″ 1920×1080 pixel screen, an octa-core Qualcomm SPU, 6GB RAM and 128GB of internal storage. Why am I telling you these specs? I’ve no real idea. You probably won’t be able to buy one and neither will I, but what I can tell you is that they’re pretty high-end in both the looks (depending on your taste) and the specifications. 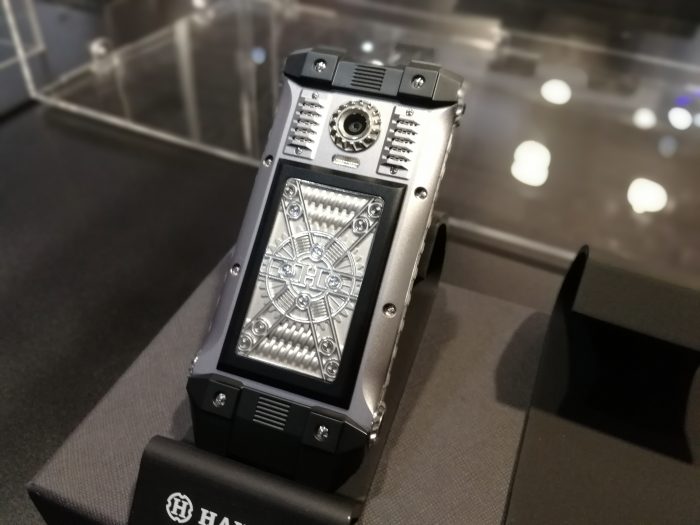 Next is this James Bond-themed device, which has had the name and branding ever-so-slightly tweaked. This isn’t just a plastic wrap-around – this is all solid and hefty. It feels premium and all those buttons and fingerprint sensors work as expected. There’s no flex, no creaking – it’s a phone that has a definite presence.

Another handset is the “General”, plus they have one called the “Cleopatra”. Again, high-end specifications (although some were running slightly older versions of Android) and, if you’ve got the money, you can have one too. All of these are hand-crafted, with every phone made to your individual requirements. Engraving, special decorations and a personalised service. 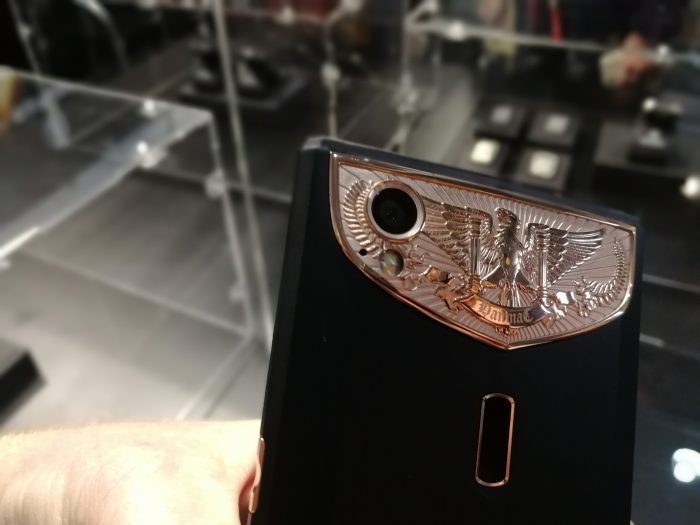 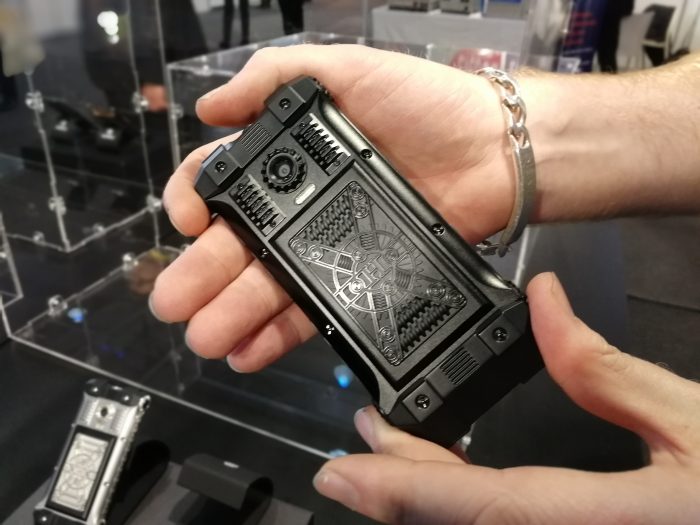 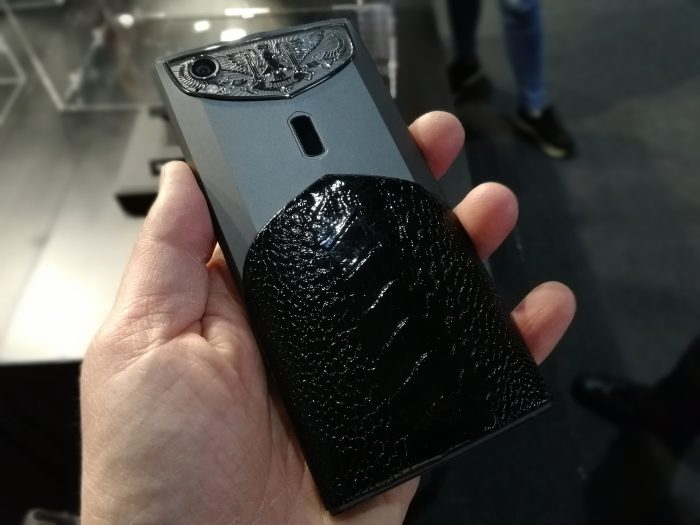