Consuming lots of data on 4G? Have you got a large package to cope with the action? Well, according to this giffgaff research, you’re going to need a hefty tariff in a few years time.

Customers on the network used an average of 1.72GB of data monthly in 2017. The giffgaff prediction is that this will hit 2.32GB this year and then 3GB next year. However, with the proposed introduction of bandwidth-busting 5G in 2020, they’re seeing the average customer usage to hit a massive 45.12GB in 2021. 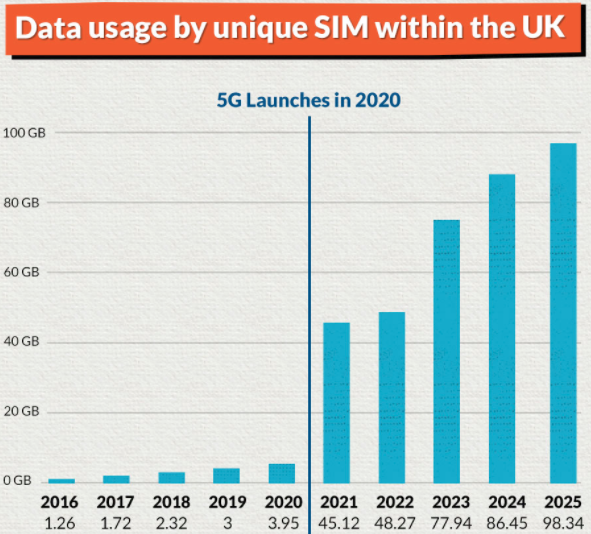 In 2025, as you can see from the chart above, they’re predicting that consumers will use 98GB of data monthly. They’re also estimating that 73.87GB of that will be pure video streaming. This is deemed to be the largest driver in data usage. Currently we’re consuming just 0.83GB of that 1.72GB average watching videos. The big up-tick will be due to more people watching on-demand content and 4K video streaming chomping up bandwidth.

Another big increase will be thanks to the amount of messages sent, with more media content getting shifted across WhatsApp, Google Hangouts, Skype and other instant messaging applications. Last year, messaging consumed 0.46 GB’s worth of data. However, by 2025, giffgaff are seeing it hit 40.63GB. That’s an 8,732% increase in messaging traffic. Meanwhile, internet browsing is set to go from 0.34GB to 14.17GB by 2025. 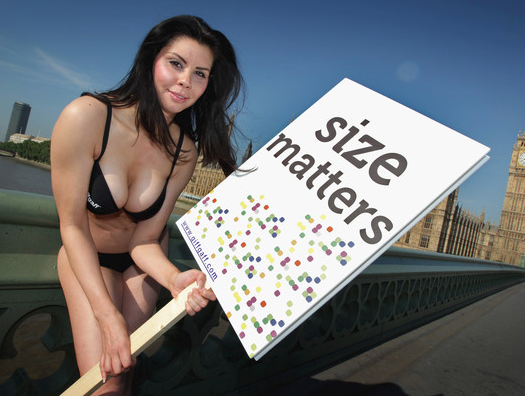 This new research shows a monumental shift in how people will use mobile phones in the next seven years – not just as communication devices, but as connectivity hubs.

For millions of people, using a mobile phone for music and video streaming is more important than its traditional use for calls and texts. With the launch of 5G, we will finally have the bandwidth to deliver speeds even faster than home broadband.

In other news, the giffgaff research shows just what people are doing with their phones, and social media is, by miles, the most popular pastime… Other stats show that social media is more prevalent with women – 53% of women use their data for social media compared to 34% of men. The guys seem to be doing more “video streaming” … let’s not ask what videos they’re streaming though…

But are people concerned about their package? Do they regularly exceed their bundle allowance? Well, the research shows that around 11% of customers go over their limit each month.

Get the full details on the giffgaff research page.