This week has seen the release of FIFA 16, the annual evolution of the nation’s favourite football game. But this year there is an odd omission – the lack of mobile console versions. Traditionally, FIFA has always been available on as many formats as practically possible but this year in an odd move, EA Sports have decided not to release PlayStation Vita or Nintendo 3DS versions of the game.
For many of us, mobile consoles provided our only access to FIFA (or gaming in general) so this presented a personal challenge to me.

A version of FIFA 16 has been released for iOS and Android, but previously the touch screen interface has provided significantly less control than the dedicated hardware controls on my Vita. Undaunted by these challenges, I set out the try and replicate a PS Vita-like experience on my iPhone 5S.

Turning the iPhone into a proper console.
The biggest problem I had to address was the lack of physical buttons on the iPhone. Apple provided a potential solution a couple of years ago by including support for dedicated hardware MFi controllers in iOS 7, but it was something that I’d never properly investigated.
Starting my investigation, I had the perception that MFi controllers were expensive, and in the main this is relatively true. But I did come across one option; the Logitech PowerShell, which seemed like good value as it was priced at £9 on Amazon. The PowerShell works specifically with the iPhone 5 and 5S, and you dock your phone into the PowerShell case that connects to the iPhone through the lighting connector. It also has an internal 1500 mAh battery to help extend your gaming sessions before low battery issues get in the way of your gaming.
Featuring a digital D-Pad, four front facing buttons and two shoulder buttons, when fitted into the Logitech PowerShell my iPhone certainly looked more like a games console.

I like my sound when playing the games, and the Logitech PowerShell provides a pass-through cable so that you can plug in a pair of headphones – and of course there’s nothing to stop you using a Bluetooth headset if you want.

The good news is that FIFA 16 UT on the iPhone supports MFi controllers and the better news is that is works surprising well, with a couple of caveats.
First, the controls are all digital. There are no analogue sticks on the PowerShell which provides the need to get used to digital controls again, just after finally managing to get used to analogue control.
Secondly, FIFA 16 on iOS expects four shoulder buttons to be present and there are only two, the actual impact of which is the sprint option isn’t available. From the off this was an incredible pain the neck and causes you to really change to a passing game.

On iOS8, the FIFA 16 app itself provides a good footballing experience, albeit a very different one to the PS Vita I was used to. Even allowing for the missing sprint button, the game play was a lot slower and deliberate than the previous fast-paced, more ‘arcady’ mobile version I was used to. There seemed to be a number of missing features as well, for instance the ability to change camera angles. Perhaps these will come in time with future updates.

It’s also important to mention that only the Ultimate Team version of the game is included, so those looking to play out a premiership rivalry will be disappointed.
Combining football with a card collecting game, Ultimate Team allows you to build a team with the hand that you are dealt with each card representing a player, enhancement or item.
Further cards are earned by completing challenges or via IAP (in-app purchases), some cards are better or rarer than others so there is a real card collecting & trading aspect to the game here.

Back to square one
So far so good. A good FIFA experience with real hardware controls, however things suddenly went down hill when I installed iOS9. I’m not sure why, but after I installed the new version of Apple’s OS the previously smooth gameplay often became very jerky when the ball was in the middle of the pitch, completely sapping any enjoyment out of the game.
I’m not sure why this happened but I’ve made the assumption that the extra processing demands on iOS9, put too much strain on my humble iPhone 5s.

So what now?
Whilst searching on Twitter for others that had the same problem, I came across the news that EASports had released a significant update for FIFA 15 UT, last year’s version of the iPhone game. So I deleted FIFA 16 and installed its predecessor, and the results impressed me.
FIFA 15, whilst not as graphically enhanced as this years version, appears to use a very similar in-game engine to the PS Vita version, and the slightly faster paced play was much more akin to what I was used to.
MFi controller support was also supported and even better news followed as proper support was included for game pads with only two shoulder buttons.

Again this an Ultimate Team version of FIFA but the overall experience is certainly more polished than FIFA 16, which is probably expected as it’s been through more development cycles, and perhaps in 6 months the new version will have been optimised to the same level as 15. I love my Vita, but with EA dumping it as a FIFA platform I had to look at alternatives.
With the addition of the Logitech PowerShell, the (eventual) results were very similar to a traditional mobile gaming console and perhaps smartphone gaming has finally come of age.

The Logitech Powershell only works with the iPhone 5 series of phones, so if you are aware of a good iPhone 6 option, why not let us know? 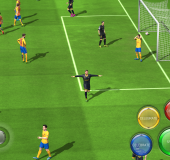 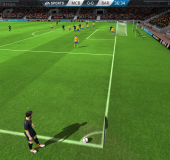 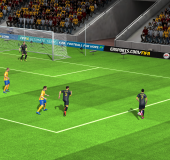 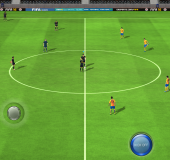 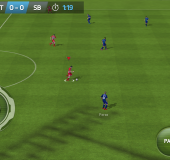 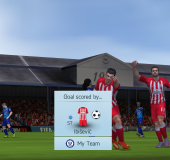 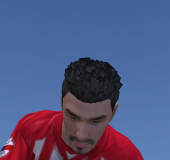 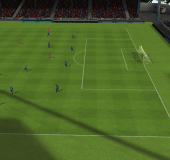 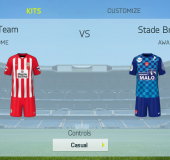 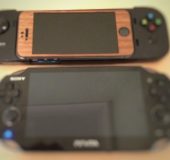 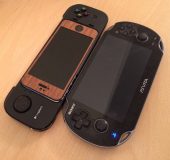 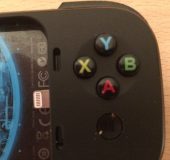 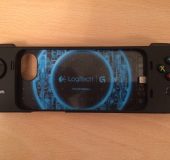