Well the event is done and now it’s time to review how the event went and how once again mobile tech helped me during the event.

As those of you who read my previous article will know I was planning on covering the event for the site by using the Readyaction Harness that we have used various times on the site. However due to the Royal Mail failing to deliver it to me in the allotted timescale, I was not able too use it. However I was lucky enough that the forecast for the event was extremely light wind so it was not needed in order to capture the event on film.

Before the event I had been using my Xperia Z2 to help me stay organized and I have already covered the ways in which it helped me in my previous piece. This piece of kit became essential in the week prior to the event as I was actually on Holiday at the other end of the country. So once again I was able too keep things going via the means of my mobile until my return the day before the event.

Come Sunday morning we here greeted by flat calm waters and next to zero wind, I went into panic mode as I was frantically trying to discover contingency plans (I had upwards of 40 people signed up to race and there was forecast to be no wind). Once again my trusty sidekick the Z2 came to my assistance as whilst I was out on the water setting up my course for the day I was able to call in some favours for my backup plans. I had to measure the course length to make sure that it was suitable for Guinness with regard to the record attempt (which we have smashed at this point btw) so I loaded up Runkeeper and I was given a perfect tracked and distance measured course on which we could race if the wind filled in.

Fortunately a few hours later the wind arrived as did the sailors so after a briefing and a quick change we made it onto the water Z2 in hand once again. After a reasonable start it turned out I was drifting in the correct direction and I was also drifting faster than the others. Out came the Z2 and I was able to start getting pictures and video of the boats on the water. I have got these pics and videos below for you to check out (the squeaking is my wetsuit on the deck of the boat). 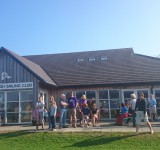 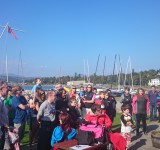 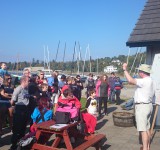 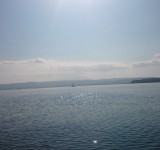 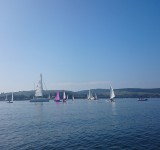 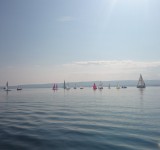 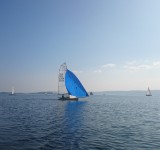 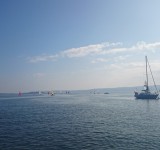 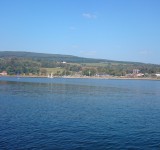 Once the race was finished I returned to get down to the number crunching for the results which I did have to do on a laptop as the phone would not open a .CSV file and it was just easier on a laptop. However I had to make last minute charity donations for the sailors there so once again the phone came in handy by using the text to a short code option we are all familiar with.

I know what you are thinking. Yes this is all well and good but any phone could have coped with doing the things that I used it for. You are absolutely correct it could but I was sailing in the West Coast of Scotland not Mediterranean so I needed something that could cope with the potential condition which is why I choose to use a Z2 and will be replacing it with a Z3 when the time comes. It allowed me to get on with the tasks I needed to do without having to worry about getting it wet and it being bumped and knocked about a bit because it is a solid phone and one I very much enjoy using.

I will be out again this weekend and the Readyaction will come into play again and this time there is gong to be some wind as well so the Z2 will be tested better for its durability.

I hope this has been interesting for you guys and girls to read and has inspired you to use your phones a little differently. If you want to find out more about the event I was sailing in then go to www.bartsbash.com where there is more info and check back next week for the Readyacton footage from this weekends action.