There’s just something about the idea of being able to talk to your phone to make it do stuff which captures the imagination. It’s the sort of thing that makes you want to test all the things which are to do with voice commands… if only it would work.

This is where Commandr comes in. It uses the built-in hooks to Google Keep, which uses the “note to self” command to make a note. It takes that note and treats it like a command to the phone. So “note to self, turn Bluetooth on” actually turns on the Bluetooth. It shouldn’t be such a big deal, as you can use Google Now to go to the Bluetooth settings anyway, but it doesn’t actually turn Bluetooth on. Even through Google Voice, you can do a whole lot, but what’s the point of using a voice command that still makes you manually toggle a switch? 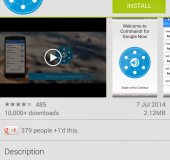 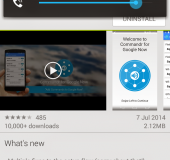 Commandr takes that small annoyance away from you. So far, it can deal with a few things natively, such as the flashlight / torch, WiFi and Bluetooth. It can also forward, rewind, pause and play music as well as reading your unread text messages. It can turn GPS on and off for some phones (my daily driver – a Nexus – wasn’t one of them, which is a bit of an annoyance, so my guess is that its probably configured for Samsung Galaxy phones more than anything else). 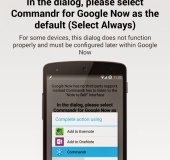 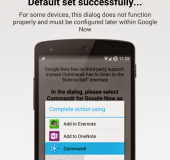 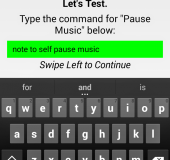 Amazingly enough, it comes in really useful in the car as the phone is pretty much used as in-car entertainment for music (and GPS). You can add more commands to the standard ones already available using Tasker, and if the wording doesn’t work for you, then there’s full integration with Tasker for you to create and automate your own tasks. 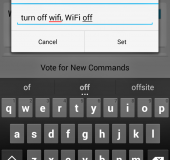 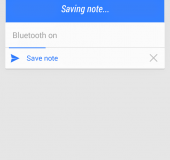 There’s a lot of potential in this little app. It will be worth watching to see how it develops.
Source: Matthew Schwartz, Commandr, also on Google Play