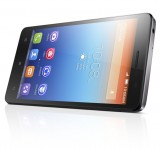 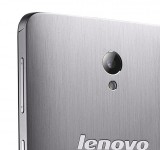 Expect 2GB RAM, 16GB ROM, WiFi, Bluetooth and two cameras – an 8 megapixel at the back and a 1.5 megapixel shooter up front. That battery is 4000mAh, so we’re thinking that they may have a point with their “ultra-long” battery life.

Next, the Lenovo S850 Smartphone is “slim and ultra-light” and has a 13 megapixel camera around the back. You’ll be able to buy this in pink or white and there’s Android 4.2 on this handset too. 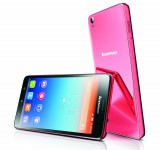 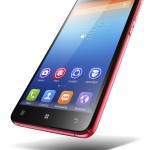 Finally, the S660 is for “media addicts” and is scratch and fingerprint resistant. It has a nice brushed metal exterior and is powered by that very same 1.3GHz quad-core CPU once again. There’s the same Android 4.2, plus it’s dual-SIM again, but here you’re getting an 8 megapixel rear shooter. THat screen is qHD (960×540) IPS and you’re getting 1GB RAM, 8GB ROM with another 32GB via the Micro SD slot. 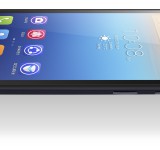 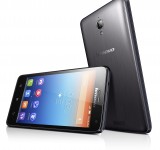 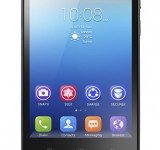 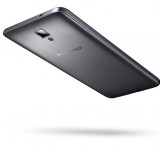 Other features include a front VGA shooter and a 3000mAh battery which should keep you tweeting and surfing for quite some time.

We’ll be heading down to the Lenovo stand later to get a good look at all of these, so stay tuned.

l S860 for All-Day, Uninterrupted Usage: Encased in a brushed metal exterior with a large 5.3-inch HD screen, the S860 meets busy professionals’ needs. It features standby time of up to 40 days and talk time of up to 24 hours on 3G connections, quad-core computing and 2GB of RAM for responsive multitasking among applications. The S860’s high-capacity battery even allows users to charge their other devices on-the goby using the included micro USB cable.
l S850 for Trendsetting All-Glass Design:Fashion-conscious users will favor the S850 for its remarkably thin and lightweight all-glass exterior, available in pink or white. The sleek design encases a true mobile machine with a MTK quad core processor, 13 MP rear and 5 MP front cameras for snapping and sharing high quality photos and a large 5-inch screen for watching content in high definition.
l S660 for All-Round High Performance: The compact 4.7-inch device Lenovo S660 smartphone offers three key features for value seekers: a striking brushed metal design, long battery life for all-day usage and a wallet-friendly price. A great multipurpose smartphone, it has expandable storage – up to 32GB with microSD cards – and a comfortable rear cover, making the S660comfortable to hold and fingerprint and scratch resistant.

1 Gartner report: “Market Share Analysis: Mobile Phones, Worldwide, 3Q13”, November 2013. (link)
2Prices do not include tax or shipping and are subject to change without notice. Reseller prices may vary. Price does not include all advertised features. All offers subject to availability. Lenovo reserves the right to alter product offerings and specifications at any time without notice.