Over the years I’ve made an attempt to try and use most of the current flagship devices, be it to see what might work for me or to remain informed about the other OS’s when I decide to criticise. Now and again during my constant phone swapping an iPhone arrives on my desk. I recently reviewed the iPhone 5C and I was really impressed with it, just a few niggles left me wanting more, literally more, as in more screen. A few weeks ago the iPhone 5S arrived on my desk and I was a little excited. I’ve used a variety of iOS devices before and this one represents a real flagship, 64 bit brains, a fancy camera and a fingerprint scanner. It offers features and specs unlike any other device currently available.

So what on earth am I going to do with it? Well as it’s been around for a few months now, a review would be a little late in coming. So I’m going to tell you what I liked, what I didn’t like and what I hope Apple change in the next generation.

The build quality of any Apple product is exemplary, the iPhone 5S truly is a beautiful thing to behold. They really have the premium tag firmly in place. Not many devices feel as nice in the hand, maybe some of the high end Nokia Lumia, the HTC One or maybe the Huawei Ascend P6. 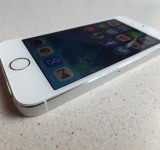 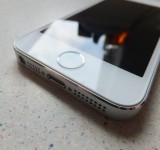 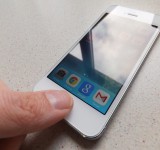 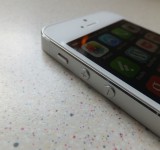 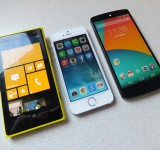 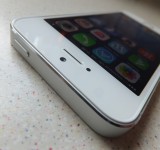 The camera is the next thing I was really impressed with, it effortlessly took pictures that looked really quite good, it did struggle sometimes randomly with macro photography and also at times in low light and then sometimes performed well at the same shots. Overall though the camera is great, the burst mode and slow motion video allow you to experiment a bit more to create something special. 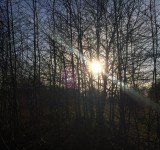 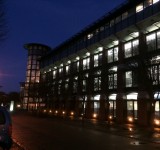 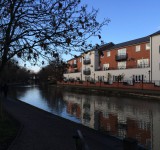 The fingerprint scanner is the next thing that impressed me, when I heard about it I thought it was a bit of a gimmick, especially as they were the first manufacturer to release a fingerprint scanner in a “modern day” smartphone. But what you do get is a multi finger scanning piece of genius, unlocking the device or confirming app downloads is a doddle. It makes the iPhone really secure yet really easy to unlock. iOS 7 is growing on me, I just like the fact that everything just works. There are no issues with apps and different OS versions or different devices specs or manufacturer exclusive apps. It just all jolly well works. Lastly I was impressed to see Google apps for another platform apart from Android, it makes me hope that one day Google make apps for several of the other leading mobile operating systems out there. The app store may have more apps than any other mobile OS app store, but finding free decent app that isn’t crippled with adverts or in app purchases is a challenge in itself. I guess I just haven’t enough experience using it to work out how to find decent free apps, but saying that decent free apps are becoming harder to find on most platforms. The other thing I kind of disliked is the relatively small size of the iPhone, although it is becoming less of an issue for me the more I get used to smaller phones. I’ve recently been using the Moto G and the Lumia 1020 which are fairly medium sized phones, it’s all down to how well the app or website is designed really.

Overall I must say I liked the iPhone 5S more than I thought I would, yes the iOS ecosystem is a little bit of a walled garden, yes customisation is nigh on impossible, yes Apple are evil (aren’t every large company?), yes you may think that your phone does something better than the iPhone, yes the iPhone is rather costly, but all in all when it comes down to it the iPhone 5S is possibly the best phone on the planet at the moment. It offers a great amount of potential, a huge number of features, apps galore and an almost guarantee that it just works. Am I going to buy one and ditch my Nokia? No I’m not, it’s just not for me.

As to what I’d improve in the next generation, I’d probably go with the old size issue, half an inch more and the iPhone would feel infinitely more usable. I’d also probably do something with the camera, if only just to compare on paper, as people do love to compare specs on a retailers website.

Lastly I need to say a big thanks to Vodafone for lending us the iPhone, you can pick up an iPhone 5S on a variety of different contracts here.