Art. It’s a subjective topic. One man’s idea of a masterpiece is another man’s Samsung Galaxy S4 cooked to death. Yes, if you like your smartphones burnt to a crisp then you probably need to meet this man. (Tip, don’t go alone!)

His name is Kenny Irwin, and he’s managed to get hold of a pre-release Samsung Galaxy S4.

Picture the scene. Kenny’s got one of the most highly anticipated and desired phones in the world well before anybody else. It’s got a stunning 5″ full HD screen and hugely powerful processing power. What do you think he’d do with it?

This shouldn’t come as too much of a surprise when you find out that Kenny also owns a 5 tonne microwaving robot. As you do.

Kenny thinks he’s on to a good thing though (and maybe he is), because Kenny is selling his microwaved S4 for a cool $5,367 (that’s approximately £3,476). This is because it’s no longer just a smartphone, it’s art!

Want to watch Kenny kill his phone with his 5 tonne robot? Well he’s even made a video!

There is an added bonus though, he goes on to say that you will also receive

Well why didn’t you say that sooner, Kenny; where do I sign?

Why anyone would want an overdone Galaxy ready-meal and some old pants is beyond me. Maybe I’m just not seeing the deep meaningful genius behind it. If you are, however, then head over to ebay and place your bid quick! 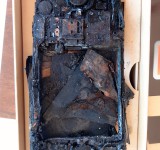 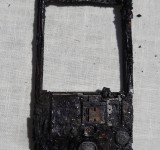 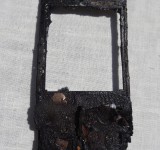 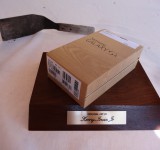 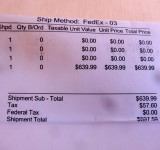 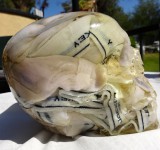 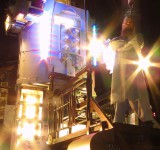