So yes, those leaks were right and yes, you can control it using your eyes. In a somewhat strange cabaret-style launch in NYC this evening we were treated to some of the features of the all-new Samsung handset.

The camera technology is fairly usual – a 13 megapixel camera (wth flash, zero shutter lag, BIS) and a 2 megapixel one up front. However, they can be used in a new and innovative way, allowing users to film and include themselves in videos whilst also filming others on the back camera – almost like editing on the fly.

The “Smart Scroll” and “Smart Pause” technologies were shown off (more on this later) as were the “Air Gesture” and “Air View” functions – again, more on this later. The device also has an IR port, so you can see that it’s not just the HTC One that has gone down this route.

Further specs can be found in the full press release below, but you get WiFi 802.11 a/b/g/n/ac, GPS, GLONASS, NFC, Bluetooth 4.0, accelerometer, RGB light, Geomagnetic, Proximity, Gyro, Barometer
Temperature & Humidity and Gesture. There’s 16GB, 32GB or a whacking 64GB of user memory (depending on the model) and a further 64GB can be added through a microSD card, giving you a max of 128GB if you get the right model and the right microSD. Wowser.

We’ll be following up shortly with more details on the software and other features, so keep tuned in. 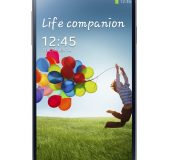 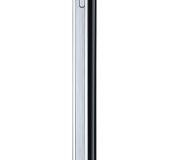 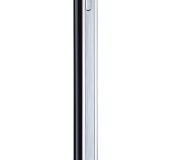 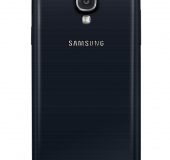 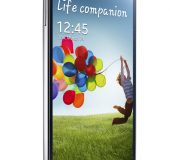 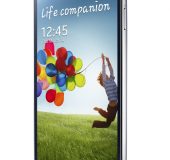 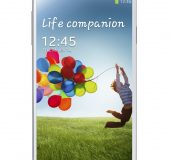 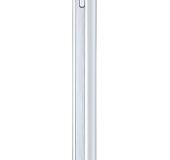 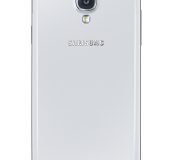 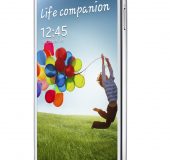 Samsung Hub will provide a single entry for Samsung’s five content services, making it incredibly easy and convenient to use. You can browse through a variety of content across services, as well as purchase and manage content easily, from a single Samsung Account. Samsung Hub features an integrated search – when you browse a keyword, the results will show related content from all of the five services at once.

Samsung WatchON, introduced at Mobile World Congress in Barcelona in February, is Samsung’s ‘Video Discovery’ service, aimed at providing a faster and easier way to watch live TV programs and on demand video content while using a mobile device. One of the unique features of Samsung WatchON is that it can transform a connected mobile device into a universal remote control, allowing users to search for live TV programs through a guide and then view those selections on their connected Samsung SMART TVs. Samsung WatchON also provides multi-screen capabilities, recommendations, one-stop search functionality, and social sharing functionality.

Samsung Apps, is a newly updated service that provides search functionality for applications in Samsung Apps, which are specialised for Samsung devices, and Google Play, as well.

Samsung ChatON for Galaxy S 4 offers a holistic communication experience by combining fun and creative text messaging with a high quality mVoIP/Video Chatting service. You can enjoy high quality video and voice chat with up to two friends on a WiFi and mobile network, as well as easily switching from text chat to video/voice chat and vice versa. The ‘Dual Camera’ feature, which allows both rear and front cameras to take simultaneous photos and videos, means you can now also share both images with during a video call. And for the ultimate sharing experience, the ‘Share Screen’ feature enables you to share your phone screen and the ability to control this with a friend during a one-to-one call, without having to download and upload files to their device. In addition, translation in ChatON, called ‘S Translator,’ supports you to enjoy the 1:1 chat with friends using different languages. Received messages from buddies can be translated automatically and manually into your language and also translation is possible when you send messages to your buddies. This translation function in ChatON is available only in the Galaxy S 4.

Group Play enables users to experience sharing photos, music, documents and games with their friends wherever they are, without the need for a network environment. Preloaded game content will be provided on the Galaxy S 4. Samsung is opening its SDK to the public, encouraging more partner development companies to develop various types of games in the future, further embracing its philosophy of innovation conceived by people in order to inspire them in return.

“These exciting new content services are designed to offer our users the best content usage experience of our industry today. Our focus is on continually innovating across a diverse range of products and services that meet the expectation of users” said Dr. Won-Pyo Hong, President and Head of Samsung Media Solution Center.