Remember that story about Goldilocks and the three bears? The little tike broke into their house, gobbled up some porridge, tried out some chairs and then went and had a kip on all the beds. The naughty little sausage.

But what’s “just right” for you eh? The big Galaxy Note (this is the Note I in the video below), the SIII or the smaller SIII Mini? Well, I decided it was worth a photo special and a video overview.

We’ve already added a Galaxy SIII Mini review so I thought I’d do some comparison shots. My wife loves it, and she’s probably not the only one. There’s definitely quite a few people who don’t like the “slightly bigger than my last handset”-size of the SIII, and the SIII Mini received comments like “cute” and “sexy”, so it can’t be bad at all.

In day-to-day use I found the dual-core 1GHz chip kept up pretty well and, although the camera is 5 megapixel (compared to the 8 megapixel on the bigger brother), it took some crackin’ shots. This is the white one obviously, but you can buy the blue version too with contracts starting at around £13.56 per month on those cash-back deals. 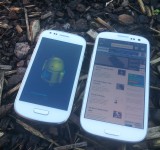 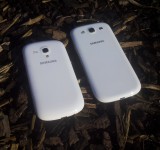 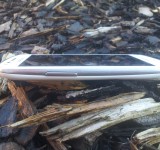 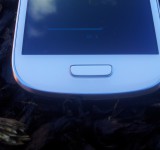 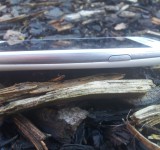 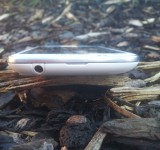 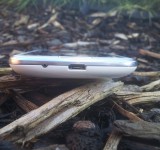