There is always one late comer to every party.  In this case, Samsung announced the Windows Phone 8 touting Ativ S back in August of 2012 but didn’t actually manage to release it until December, almost a whole month after the Nokia Lumia 920.

Still as the saying goes, better late than never, now it is finally here and thanks to the wonderful guys over at Clove.co.uk I have a chance to take  an in depth look at Samsung’s offering to the Windows Phone world.

Straight out of the box this is an absolutely beautifully designed piece of hardware.  The back looks like brushed aluminium and it is only upon removing the battery cover that one can tell that it is actually plastic.  The 4.8″ screen is topped with the Samsung logo and the chrome speaker.  The front camera and sensors are to the right of the speaker.  Under the screen are the backlit back and search buttons with the Windows button in the middle.

I’ll give a full description of the device and its various buttons, bells and whistles in the full review but suffice to say that as a design it is a masterpiece.

One of the accusations levelled at the last generation of Windows Phone devices was that they were considerably underpowered when compared with the latest and greatest devices.  This is not something that can be said of the new handsets.

The Ativ S is a Windows Phone 8 device.  Out of the box it is standard Windows Phone fare with a few add ons such as Music Hub, ChatOn, Family Story and Photo editor included.  Much has been made of the supposed lack of apps for Windows Phone however this is simply not the case, a search of the Windows Store shows that the number is growing every day and pretty much every base is covered.

One inclusion is Samsung’s Now app which places a live tile on your homescreen giving weather, news, share prices, currency exchange rates and top tweets.  Its a great addition giving a good summary of all your top rated information.

The Ativ S seems to have the wow factor.  A device that looks not unlike a Galaxy SIII in design, a stunning screen and an OS that flows speedily is making an interesting proposition.  The couple of days that I have so far spent with the device have been nothing but pleasurable.  Couple all of that with a phone that looks great and this could be a winning formula.  The full review will be published soon so stay tuned…… 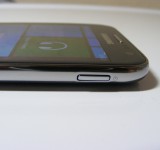 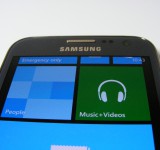 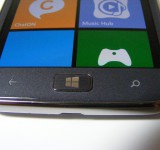 Back, Home and Search 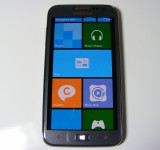 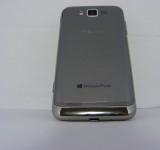 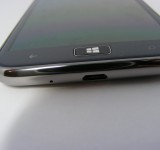 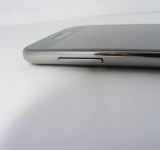 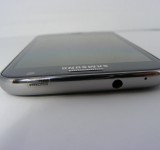 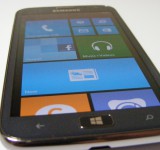 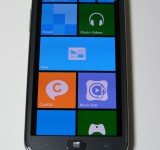