If you don’t know what a Pebble watch is basically it’s a watch with a ‘epaper’ display [not to be confused with ‘e-ink’ which is the technology that goes into the Kindle] that can be customised with app integration and changing of watch faces.

In the live Pebble demo from CES yesterday evening Eric went through the Pebble hardware and software and I must say I’m impressed, mind you they are ~four months behind schedule as it was originally scheduled for September 2012, but if you take a look at what is to come from the Pebble team you will forgive them for taking their time with some really good features.

Lets talk about shipping first of all though, in the demo he says that Pebble will start shipping January 23rd [two weeks from now] and they will be manufacturing ~15,000 watches per week and Eric estimated it would take 6-8 weeks to get all the pre orders out so roughly the end of March for all backers to have their order fulfilled [thats about 1.2m watches]. 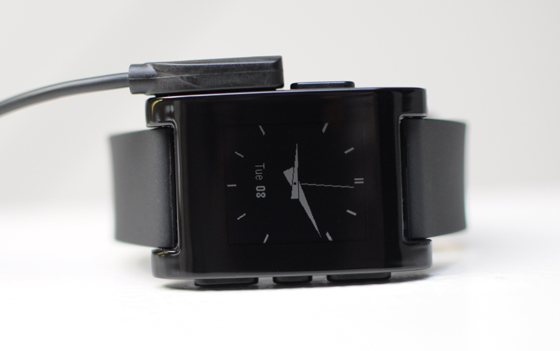 It will come packaged with magnetic USB charging, this is what enables the five atmospheres water resistance, perfect for running in the rain, skiing and swimming! I can’t tell you any more about that because I know nothing on that sort of thing – I just really like the hassle free Idea of a clip on charger. 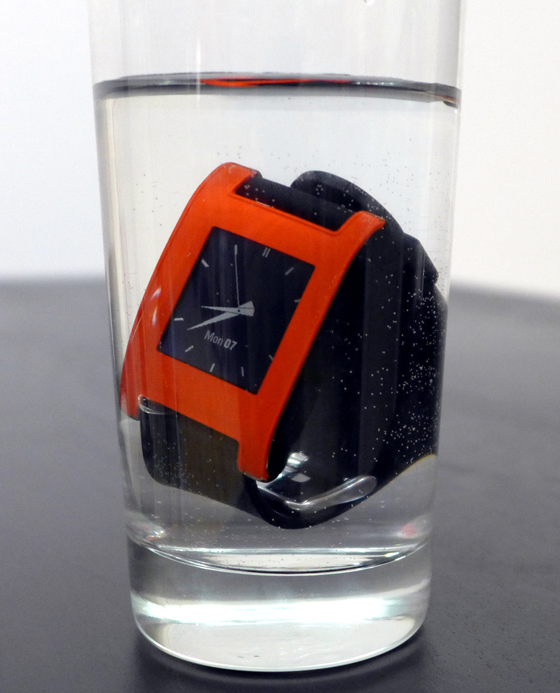 It has been confirmed to be coming with the following sensors

On the software side the SDK for the Pebble being released with a basic watch face creation tools, if you want to see the different types of faces check out the live stream around 20 minutes in.

They’re planning to continue an aggressive update cycle and ship new software updates every 2-3 weeks. Notably missing from the launch release is support for Runkeeper which I’m quite disappointed about but they do go on to say that they are working closely with Runkeeper and estimate that it should be enabled by the beginning of March, so taking the shipping schedule into consideration some of us may get out watches the same time it is enabled.

For the full demo check out the link below, there are issues with the feed so Eric looks like a smurf, they have confirmend they will clear this up for a later post