As widely leaked, Samsung have today announced the Galaxy SIII Mini.  As the name suggests, the device looks like a shrunken down Galaxy SIII and features the same nature UX of its bigger sibling.

There is an FM radio, Samsung’s Touchwiz UI and access to all the usual Google apps.  The device has a choice of either 8 or 16gb onboard memory and a MicroSD card slot that can handle memory cards up to 32gb.  The battery is rated at 1500mAh. 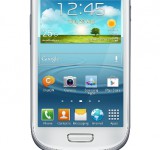 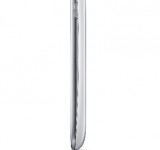 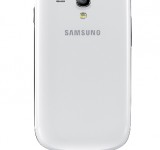 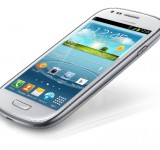 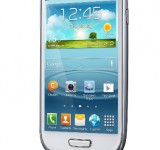 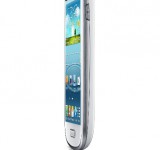 The full press release is below:

Simon Stanford, Vice President, Telecommunications & Networks Division, Samsung UK and Ireland said: “The award winning Galaxy S III has been extremely well received globally since it launched earlier this year so we are thrilled to be able to offer our customers the same revolutionary design, intuitive usability and intelligence in a mini version. We will continue to develop smartphones to cater for a variety of customer needs and this latest release demonstrates our ongoing commitment to offering our customers more choice at every price point.”

The Galaxy S III Mini is powered by Android™ 4.1 (Jelly Bean), the latest version of the world’s most popular smartphone operating system,benefitting from fast, fluid and smooth graphics along with a new Google Search™ experience featuring Google Now™.

Stylish and compact, the Galaxy S III Mini shares the Galaxy S III’s breakthrough design and simple elegance. Its ultra-minimal curved frame creates a rich natural feel, which is also reflected by its nature-inspired home screen, wallpapers and ringtones. A beautiful 4.0-inch Super AMOLED display offers a generous viewing experience that means multimedia and Web content can be viewed in brilliant colour and clarity. The compact size of the Galaxy S III Mini offers customers a comfortable grip and a convenient one-hand operation.

The Galaxy S III Mini is packed with intelligent technology designed to make interacting with the phone incredibly natural and intuitive. S Voice, Samsung’s advanced natural language recognition software, means your voice can be used to unlock the phone with simple customised commands. Your voice can also play a favourite song, turn the volume up or down, organise your daily schedule, or automatically launch the camera and start taking photos.

The Galaxy S III Mini also understands human gestures to make using the phone easier and more natural. With Smart Stay, the phone’s camera tracks a person’s eyes and keeps the screen lit as long as they are looking at it. When reading a text message from a friend or family member, Direct Call allows customers to automatically call that person simply from the motion of lifting the phone to their ear; and Smart Alert conveniently alerts people to missed calls or messages as soon as the phone is picked up.

Content sharing is easy and fast on the Galaxy S III Mini. Its S Beam feature allows a 10MB music file to be shared in just two seconds by simply tapping on another S Beam-enabled device, such as the Galaxy S III or Galaxy Note II, even without a Wi-Fi or cellular signal. The Buddy Photo Share function also allows photos to be easily and simultaneously shared with friends pictured in an image directly from the camera or the photo gallery.