Recently we reported on the launch of the new Motorola RAZR Maxx, Motorola’s new flagship handset and we have very kindly been donated a review model to have a play with.

At the beginning of the year Dan reviewed the first RAZR to carry the Android operating system.  Dan gave the handset a 7 out of 10 citing poor battery life as a major downfall.

Motorola have now taken a major step to correct this issue with the inclusion of a 3300mAh Li Ion battery which gives a reported 380 hours of standby time.

Like its predecessor, the RAZR Maxx is powered by a dual-core 1.2GHz processor backed up with 1gb Ram, our test model has 8gb of internal storage but a 16gb model is available.  The memory card slot remains insitu with the ability to utilise memory cards of up to 32gb in capacity.  The screen is a Super AMOLED with a resolution of 540×960 which was top a end resolution last year but sadly lacking this.

Placed side by side there are very few differences between the RAZR  and the Maxx, in fact the only visual difference is in the thickness of the device.  The Maxx has grown to 9mm thick from 7.1mm. Putting this in perspective, the Samsung Galaxy Nexus is 8.9mm thick but is powered by a 1750mAh battery.  So we have almost twice the battery power of a Galaxy Nexus for a trade off of 0.1mm.  Well worthwhile in my opinion.

The RAZR Maxx is more of an evolution than a revolution.  Most components remain the same with connectivity including a Micro HDMI port, a 3.5mm headphone jack, microUSB, and while  the Android experience is severely altered by Motorola’s Motoswitch which adds a little too much in the way of bloat an announcement has been made regarding the upgrade to Ice Cream Sandwich which removes a lot of unneeded apps and gives a more stock Android feel.  The release is currently slated for sometime in quarter 2, 2012.

Because most of the components on the Maxx are identical to the RAZR performance is largely the same with the obvious exception of the battery life and this is quite exceptional.  In the modern smartphone world the majority of handsets need to be charged every night.  Not the Motorola however.  In fact, after a full days use, including hours of streaming from Spotify, several calls, texts and internet browsing the battery still had 60% remaining.  In fact, I found that the battery needed recharging every 2-3 days.  Progress indeed.

The camera is the current industry standard 8mp with LED flash, also included is a 1.3mp 720p front facing camera.    The main camera produces some good results that inevitably begin to suffer in low light.  Unfortunately Motorola have not moved on where the competition have,

The Motorola provides a bit of a conundrum.  It has one very unique selling point which is its battery life.  Other than that it feels a little like last year’s technology re-released.  It is undoubtedly a very nice handset with pleasing aesthetics, the Corning Gorilla Glass and Kevlar back make for a very good looking piece of kit but when placed next to the HTC One X or the Samsung Galaxy S III it suddenly doesn’t feel as good as perhaps the latest and greatest handsets.

In summary, the Razr Maxx has a lot going for it.  Devilishly good looks, a processor that can handle anything thrown at it, good quality sound and a battery that seems like it goes on forever.  When the upgrade to ICS is finally released this handset could well be close to challenging for a place at the top table and once again earns itself a fully respectable 7 out of 10.

The Motorola Razr Maxx is available from Clove, Amazon and Expansys 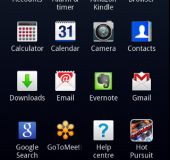 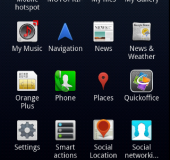 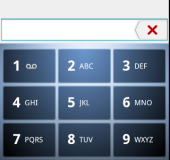 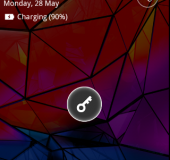 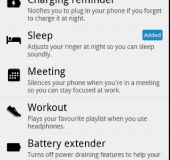 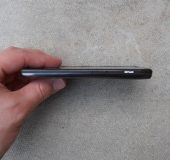 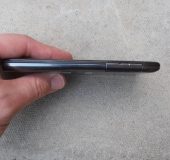 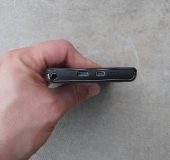 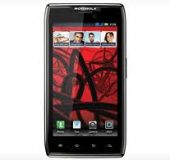 Many thanks go to Laura Dodgson and Motorola for providing the review model.