Huawei have today announced the Ascend D and the XL a day before MWC is about to kick off. This is touted as being the worlds fastest smartphone with some awesome specifications. Powered by Huawei’s K3V2 quad-core 1.2GHz/1.5GHz CPU there’s more than passing resemblance to the Samsung Galaxy SII, but Huawei have definitely added their own spin to these 4.5″ 720P HD devices, packing Android 4.0 and a trick power management system which should stop you running off for a charge in the afternoon.

The screens are have a 32-bit true colour graphic processor with a promised “crystal clear” viewing experience, even in direct sunlight. We’ll wait and see on that one, and we’ll challenge Huawei to show it to us provided they pay for a flight to the Carribean.

The Ascend D quad XL and the Ascend D1 smartphones were also announced today. Both of these come with a beefed-up 2500mAh battery and a little more bulk as a consequence.

Get more on the press release below or head to the gallery.. 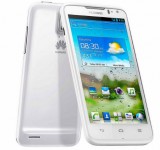 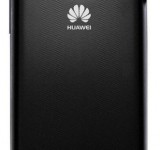 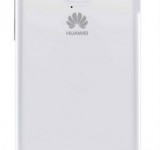 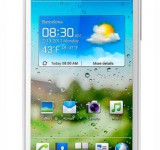 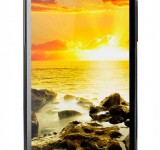 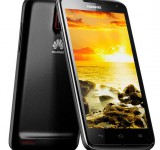 “We’ve listened to people’s top demands from smartphones: speed, long-battery life, high quality visual and audio capabilities, and a compact, lightweight handset. The Huawei Ascend D quad exceeds these expectations,” said Richard Yu, Chairman of Huawei Device. “In January at the Consumer Electronics Show at Las Vegas, we achieved a world record for the world’s slimmest smartphone with the Huawei Ascend P1 S. We are proud to once again introduce a world-first at the 2012 Mobile World Congress with the Ascend D quad, the fastest smartphone.”

The Ascend D quad is an entertainment dynamo with its 4.5-inch 720P high definition touchscreen, and the industry’s most powerful 32-bit true color graphic processor. Its PPI 330 screen providing crystal clear display even under direct sunlight, is complemented by its Dolby 5.1 Surround Sound and Audience earSmart™ voice technology for an experience which excels across the senses. Its 8-megapixel BSI rear-facing camera, 1.3 megapixel front-facing camera, and 1080p full HD video-capture and playback capabilities enables you to record your special moments in clearer, richer detail.

The Ascend D quad comes with an 1800mAh battery, which lasts for one to two days with normal usage. The smartphone’s prowess is enhanced by Huawei Device’s proprietary power management technology which provides a longer battery life of up to 30% compared to industry average by adjusting power consumption according to usage needs. It also ensures higher chipset performance and efficiency by maintaining a low chip temperature.

Measuring 64mm narrow and 8.9mm slim, the Ascend D quad is proof that good things do come in small packages. With an ultra-thin frame, the lightweight and compact smartphone’s 4.5-inch touchscreen seems to vanish into the edge, creating an “infinity” feel and allowing an exceptionally narrow body.