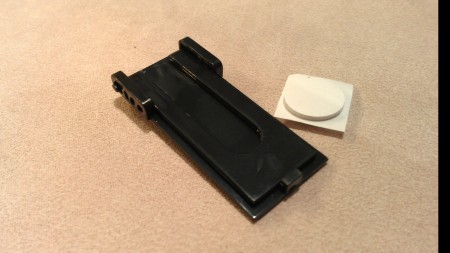 We’ve seen a few phones with stands around the back. They’re on some of the larger devices and are usually designed to prop your phone up for prolonged video or film watching. What if you want to fit one on your existing phone though? Well, we got sent the Mobile Multi Stand 360 so you can do just that.

It’s simple enough. You stick it to the back of your phone and adjust the stand to the angle you want. You can spin it round, then fold it flat when you’re done. The fact that you can spin it round means that you don’t block your microUSB port, which is usually pretty essential for keeping the phone going when you’re watching video or keeping an eye on email / Twitter / Facebook activity.

We’ve taken a couple of snaps and a video for you to show it in action. If you want one, it’s just $4.99 with international shipping also available. It works rather well and you get an additional sticky pad when the first one drops off, which it may do at some point. When you’ve finished with the stand you simply slide the rear “A frame” off and you’re left with a plastic circle which is attached to the sticky pad. This means that you’re not carrying round the whole frame all the time, just a small penny-sized disc stuck to your phone. To re-attach you merely slide it back into the frame and you’re away.

To be honest it’s a simple solution and could need re-sticking if you’re pretty ham-fisted with your phone but it does do exactly what it says on the tin. 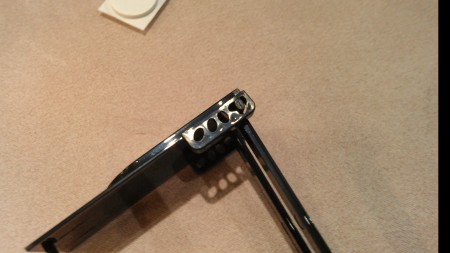