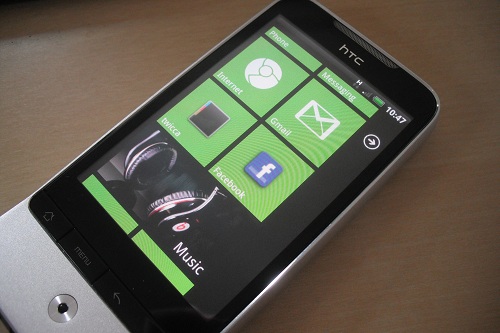 I really like Windows Phone 7’s Metro UI, which essentially puts your application shortcuts on a series of tiles on the homescreen. Android developers being, well, Android developers have created a few different launchers for Android that mimic Microsoft’s sexy Metro UI. I’ve tried a few, but Launcher 7 is my favourite so far. Customisation options are plentiful; you can add any shortcut or widget to a tile on the homescreen, and you can use custom icons. Those of you well-versed in graphics will probably want to create your own custom icons for all of your shortcuts. 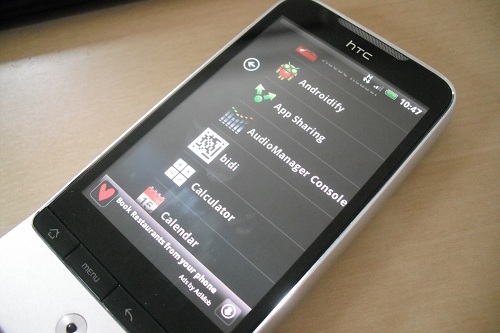 Appearance-wise, it’s pretty much identical to the ‘real’ WP7 homescreen and app drawer. Hitting the little arrow at the top right gives you a long list of all of your applications; if you have a lot, this is going to be a pain to scroll through. Solution? Fill up your homescreen with plenty of shortcut tiles. For the purposes of the review, I only downloaded the free version of the app, which features a small ad at the bottom of the app drawer screen. Nothing too annoying, but if you’re going to be using this a lot then removing that ad will help to make your phone feel a little more like WP7. One thing to note is that you cannot change the icons of applications in the app drawer. Customisation is, overall, excellent in this application. If you’ve used a WP7 device, then you’ll know that there really isn’t that much to Metro UI, but Launcher 7 gives you a few options that are really nice. You can choose (theoretically) any colour in the world for your tiles; in fact, I’d say this is the best feature of the launcher, and the colour picker tool is fun to use.

A great feature that this launcher has over other is the ability to add live tiles and widgets; in other words, your weather and calendar appointments will appear on their respective tiles, exactly like WP7. 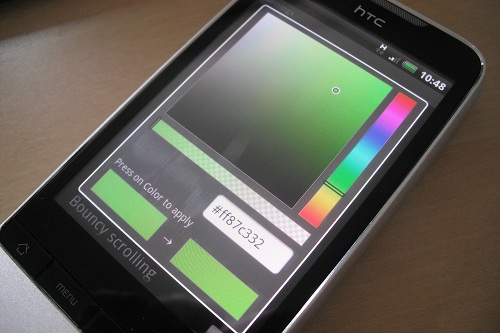 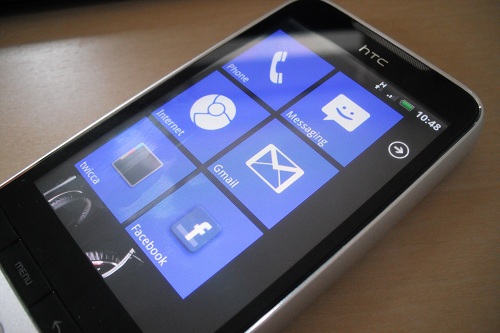 If you’re a big fan of Metro UI, then this is certainly one of the better launchers in the Android Market. It is, however, clunky to use in places, and doesn’t include any custom icons bundled in, which would be really useful. Here’s a brief video running through the basic features:

I stopped using this because although it’s nice, it sort of defies one of the big points of Android; I’ve become so used to my widgets and limitless levels of homescreen customisability that this is just boring. I don’t want to turn this into a review of WP7’s UI, but I think that it has a lot of artistic merit, yet doesn’t really work for me as something I can use everyday. So in some ways, it’s given me a flavour of what the real WP7 would be like. Overall, it’s an excellent launcher that you’ll love if you like your minimalism, but for those of you who prefer conventional, endlessly customisable Android, it’ll feel a little restricted. Give it a go, though; there’s no harm in trying a free app!