We have carried a Windows Phone 7 device around Mobile World Congress these last few days and, when batteries ran flat, we’ve used a HTC 7 Mozart to film some bits. One thing that has driven us slowly around the bend is the camera settings. If you want to film something in HD you have to open the camera, switch to video mode, switch from VGA recording (bleugh) to HD and then click back out and then start recording. Annoying? Yes. Reason ? It’s meant to be that way, according to Microsoft at least.The Windows Team Blog recently had a comment asking why the camera did this and Brian Seitz, a Microsoft Marketing Manager, responded by stating that..

“It was a decision by the team thinking that if you pulled the phone out to take a quick pic, it would be better to know it was always in a default setting rather than having to remember what the settings were the last time you took a picture, so shooting for predictability.”

Hmm.. I’ll choose to disagree with that. Luckily Microsoft have chosen to change their mind..

“That said, feedback from folks like you has the team seriously looking at that option to see if there is a more optimal option. thanks again.” 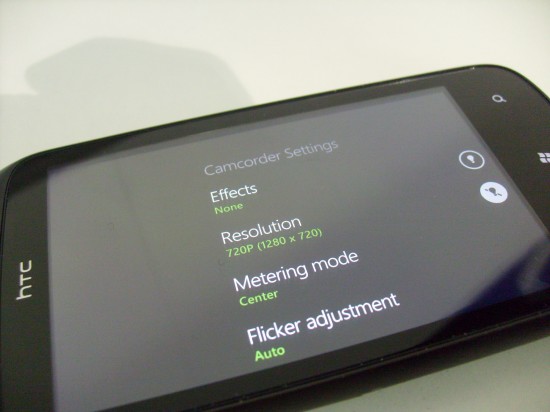